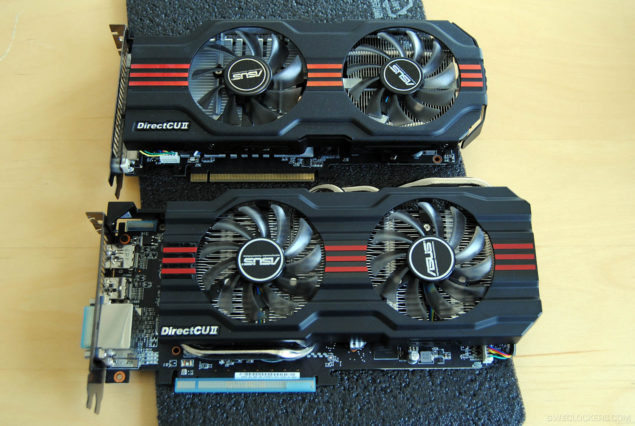 ASUS has updated its Radeon HD 7870 with the latest version of Direct CU II Heatsink which features a better heat dissipation design which would allow more room for overclocking under sustainable temperatures. 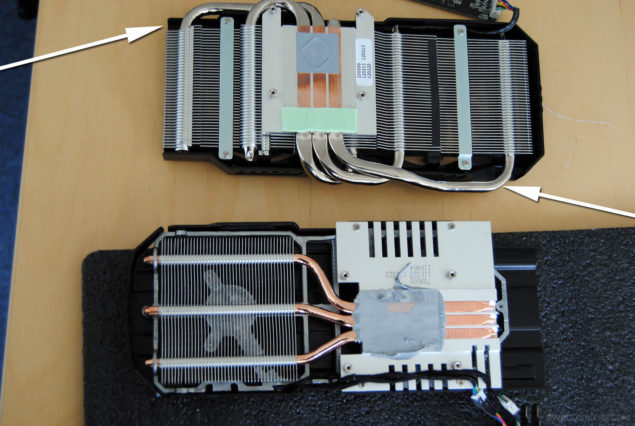 For comparison, The newer model uses 8mm heatpipes curved in S-shape which run though the aluminum heatsink array block utilizing the Direct Touch feature, The older model used three 6mm heatpipes however they only covered one half of the aluminum block.

The Aluminum block itself is quite dense compared to the older one and is cooled by dual 80mm fans. The new HD 7870 Direct CU II V2 would retail for $349 MSRP and would feature the same specifications as the older model, The only difference would be the refined heatsink. Expect ASUS to use the newer version of Direct CU II on other models too.