Two weeks ago we broke the news of ASUS planning to launch the ROG Striker GTX 760 Platinum graphics card which was to bring the ROG design and and overclocking capabilities to enthusiasts. Well ASUS  announced the Sriker GTX 760 Platinum this Friday and as expected, the card is powered by the Nvidia GTX 760 GPU. The card is available in Standard and Platinum and is expected to be the fastest GTX 760 on the market. It also features impressive cooling and overclocking capabilities due to a variety of components including ASUS's new Direct CU II cooler fans, one of which is a Cool Tech Fan. DIGI+ based Voltage regulation module and Super alloy power components also add to the mix. 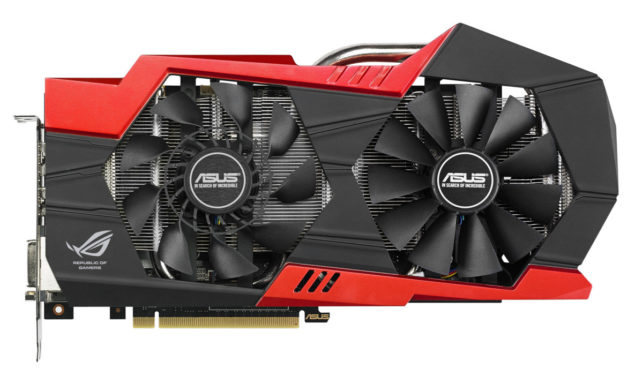 The Striker GTX 760 Platinum to feature factory base GPU overclock of 1088 and Boost clock of 1150MHz.

The Platinum version of the series feature hand picked GPU cores, resulting in a GPU base over clock of 1088 MHz and boost overclock of 1150 MHz. This gains 105 and 117 MHz on the reference unit. All of these provide the platinum version with a 10% performance increase. The Standard Version of the series features a 980 MHz base and 1033 MHz boost clocks.  Both the cards are based on Nvidia's 28nm Kepler GK104 GPU. They also pack 1152 CUDA cores, 96 TMUs and 32 ROPs. However, what sets both the cards apart from other cards on the market is the 4GB of GDDR5 which clocks at an impressive 6008 MHz. This allows for smooth gaming experiences and support of resolutions up to 2560 x 1600.

Coming towards cooling and noise, the Striker Platinum packs a Cool Tech fan. The highly conductive 10 mm Copper cooling fan is in direct contact with GPU. This allows extremely efficient dissipation of heat. The CoolTech fan featured on the Striker Platinum has a hybrid blade with inner radial blowers and outer flower blades to provide a multidimensional air flow. This in turn allows for a much more effective dissipation of heat. With careful fine tuning of the fan's ramp, the card is also able to deliver high-end performance at less noise. In terms of withstanding stress and heat generated by extreme performance requirements, the card features black metallic solid state capacitors, 8 phased Super Alloy Power Chokes and hardened MOSFETs. All of these materials are specially formulated and increase the overall voltage threshold and overall lifespan of the card.

Both the Standard and the Platinum versions feature ASUS's exclusive GPU Tweak. This utility gives users a much greater control over the resources of the card's GPU and therefore end up making overclocking much easier for them. And finally, the cards also feature the ROG logo on the top which also serves the function of an LED indicator, which changes shades according to the levels of performance loads on the GPU. The card is expected to be available from April this year.