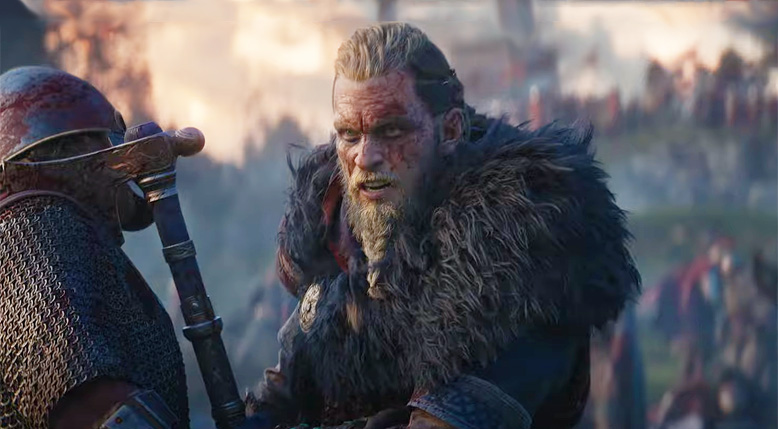 After over a year of seemingly constant rumors, Ubisoft finally officially announced the Viking-themed Assassin’s Creed Valhalla yesterday via a piece of concept art we got to see created in excruciating detail. Well, now Ubisoft is taking the next step and unleashing a full trailer for their latest massive, 15-studio open-world game! Check out the brutal debut trailer for Assassin’s Creed Valhalla, below!

Damn, looking good! As you would expect from an Assassin's Creed game, it looks like Ubisoft is attempting to add a bit of depth to the typical Viking stereotype, but, of course, there's still a whole lot of pillaging and head-chopping going on. Here's the full official description for Assassin's Creed Valhalla:

Build Your Own Viking Legend

Become Eivor, a mighty Viking raider and lead your clan from the harsh shores of Norway to a new home amid the lush farmlands of ninth-century England. Explore a beautiful, mysterious open world where you'll face brutal enemies, raid fortresses, build your clan's new settlement, and forge alliances to win glory and earn a place in Valhalla. England in the age of the Vikings is a fractured nation of petty lords and warring kingdoms. Beneath the chaos lies a rich and untamed land waiting for a new conqueror. Will it be you?