Assassin’s Creed Valhalla Has Been Developed by 15 Studios; New Image Suggests Return of the Hidden Blade 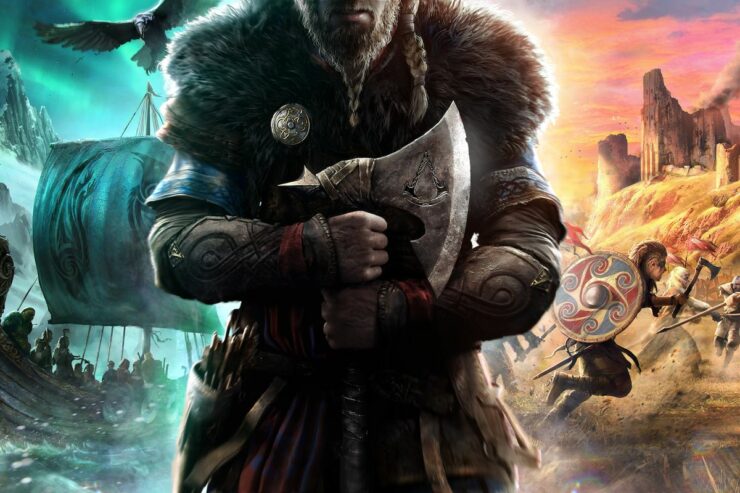 Assassin's Creed Valhalla promises to be a massive game that apparently required a massive number of studios to be developed properly.

Shortly after the end of the game's reveal stream, Ubisoft Montreal confirmed on Twitter that the game has been developed by 15 studios. The image accompanying the announcement is a slightly different version of the one seen in the reveal stream, giving us the first look at the returning Hidden Blade.

Exciting! An immense congratulations to our studio warriors for all the good work and passion building to that reveal. We’d also like to thank the 14 co-dev studios all around the world. You know who you are, and we’re thankful for your dedication! Skàl! pic.twitter.com/hBPpFZKkrP

Assassin's Creed Valhalla has yet to receive a release date but it seems like the game is still scheduled for a 2020 release, despite Ubisoft also releasing Watch Dogs Legions this year and the current pandemic.

Unless one of them is bumped because of covid, yeah that's the plan

Schreier also added that having two games ready for the launch of the next-generation consoles might serve them well.

There's no predicting what might happen this particular year, but having two games for next-gen launch might serve them well

Assassin's Creed Valhalla has yet to receive any real detail. Rumors shared in the past few months suggest that the game is going to be massive, featuring multiple maps set on the British Isles, Ireland, and Scandinavia. The naval combat from previous entries in the series will supposedly be back, alongside the role-playing game mechanics seen in Assassin's Creed Origins and Odyssey.

The previous entry in the series is Assassin's Creed Odyssey, released back in 2018 on PC, PlayStation 4, and Xbox One.

Assassin's Creed Valhalla is getting a new trailer later today. We will keep you updated on the game's release date as soon as an announcement is made, so stay tuned for all the latest news.