Assassin's Creed Unity, the follow-up video game to 2013's hit cross-gen title called Assassin's Creed IV: Black Flag, is the next big thing in Ubisoft's most critically acclaimed historical action-adventure video game series. Set to launch later this year on October 28 only for next-gen consoles and PC, the game is set within Paris during French revolution and features several new gameplay improvements. Since its proper reveal at E3 2014, Ubisoft has shared many in-game media content and details about the game, and just recently, the developer demonstrated the Xbox One version of Assassin's Creed Unity live at the ongoing San Diego Comic Con. 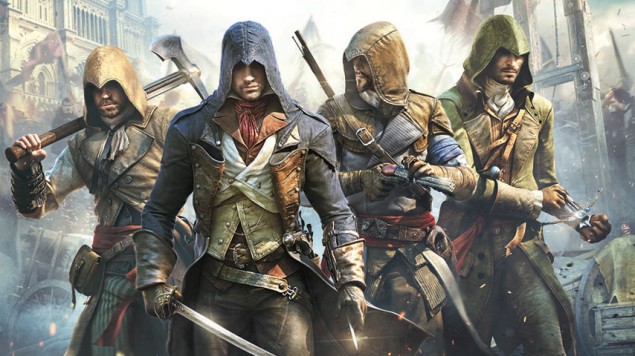 Ubisoft Montreal's Assassin's Creed Unity is different than its predecessors in several ways. The game promises many new things that were not an option in the previous Assassin's Creed games, the most prominent of these things is the cooperative multiplayer mode, which allows 4 players to assemble a pack and play through the game together. Introducing Arno Dorian as the main character, Assassin's Creed Unity offers revised stealth moves and rebuilt combat.

Recently, Ubisoft presented a live gameplay demonstration of Assassin's Creed Unity running on the Xbox One console at the Xbox booth at San Diego Comic-Con, and thanks to YouTube user Geeky Castillo who filmed the on-stage demo, we can now have an early look at a single assassination mission included in the game. During the mission, we also get an extensive look at the gameplay, including the new stealth mode, combat, beautiful 18th century Paris interiors and exteriors, and other in-game sceneries and environments.

Of course, the gameplay was being presented live, so the video shared below is filmed off-screen and its resolution is slightly inferior, but still, it is good enough to see how the gameplay has changed compared to the previous titles. The live gameplay demo of Assassin's Creed Unity on Xbox One can be seen below.