According to the listing, the game weighs in at 40.27 GB - around the same size of Assassin's Creed Unity. Although Unity required substantial patching before it was in a playable state.

The size listed applies to the Xbox One version of the game, the PS Store doesn't have the correct size listed yet. We're pretty sure the sizes between both versions don't differ that much though. The file size for PC hasn't been confirmed either. 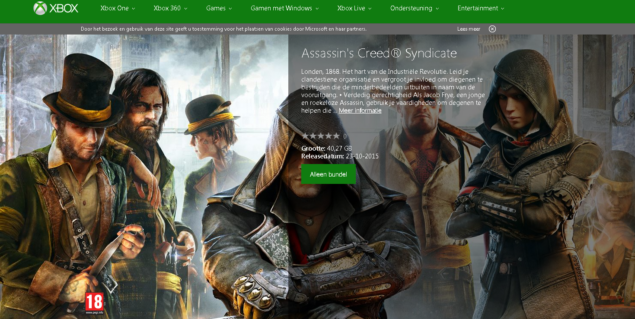 At the moment of writing, the European PS Store has listed the game with a minimum file size of 50GB. This probably is a placeholder size as it has been listed with that size since it was put up on the store. 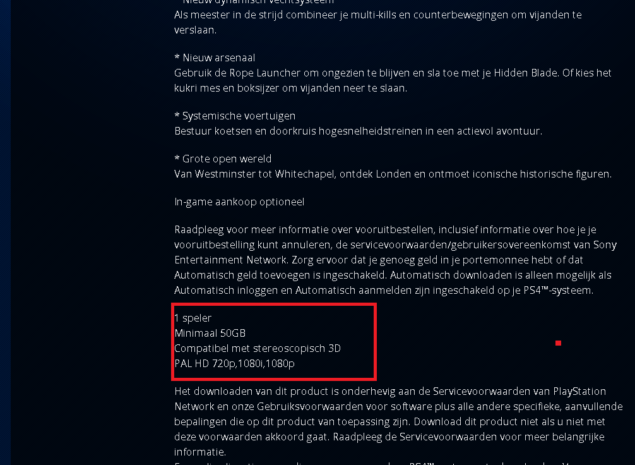 The file size for Syndicate is in line with recently released AAA triples, which seem to vary from 30 to 50GB, depending on compression etc. For those who have limited storage space, these sizes can get rather problematic when storing all games on 1 drive. I suggest purchasing an external HDD for additional storage.

Last week, the file size for the upcoming Fallout 4 was listed on the Xbox Store as well - a reasonable 28.12GB.
For those interested in some awesome Syndicate gameplay, I suggest checking out this post.