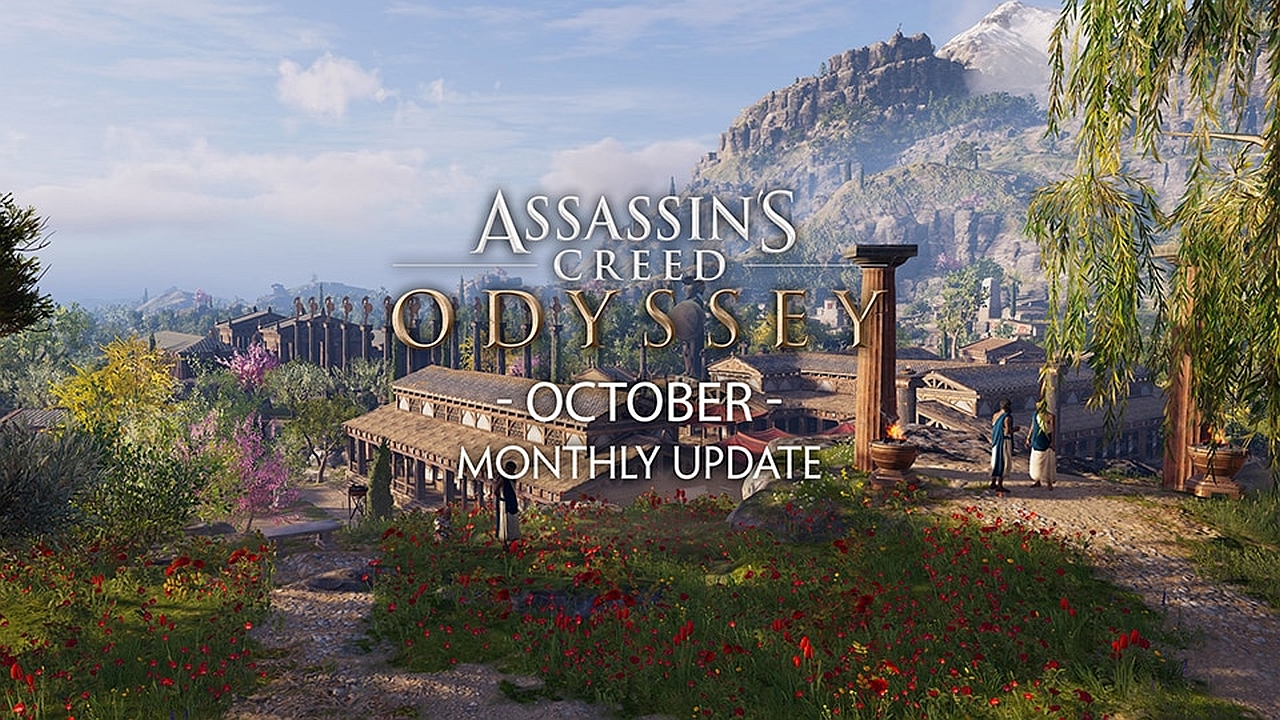 The developers have activated a special schedule for the anniversary of Assassin's Creed Odyssey which will allow players to take down epic mercenaries or ships that were in previous limited time events. Ubisoft also shared the overall in-game statistics - apparently, over 645 million hours' worth of playtime has been spent in ancient Greece.

The next Assassin's Creed is expected to land in about a year from now, possibly alongside next-generation consoles.

We're celebrating the 1-year anniversary of Assassin's Creed Odyssey with a brand-new anniversary mount coming later this month to the in-game store.

Named after the playful nymph Melaina, this magnificent horse will turn any misthios into a flamboyant hero.

Assassin's Creed Odyssey first released on October 5th, 2018 and over the past year, this community has been very busy. Get a glimpse of some of the most impressive community achievements, below.

Stay tuned for a full infographic with more of your accomplishments soon! ?

Later in October, we'll be releasing our final title update, Patch v1.5.1, for Assassin's Creed Odyssey. While the upcoming patch will focus on bug fixes, additional details will be shared across social channels before its release. Be sure to keep an eye on our Twitter and official forums for all the latest news!

As a special anniversary event, players can expect a new schedule for epic encounters! If you've previously missed your chance to take down an epic mercenary or ship and need to fill up those collections, now's your chance! During October, we'll be featuring a past Mercenary or Ship each day in-game.

Additionally, we're substantially increasing the Orichalcum earnings during this event. Each day, defeating an Epic Mercenary or an Epic Ship will give 15 Orichalcum, giving you a total of 105 instead of the usual 40 per week. Don't miss out, because in November Epic Encounters will return to their weekly schedule.