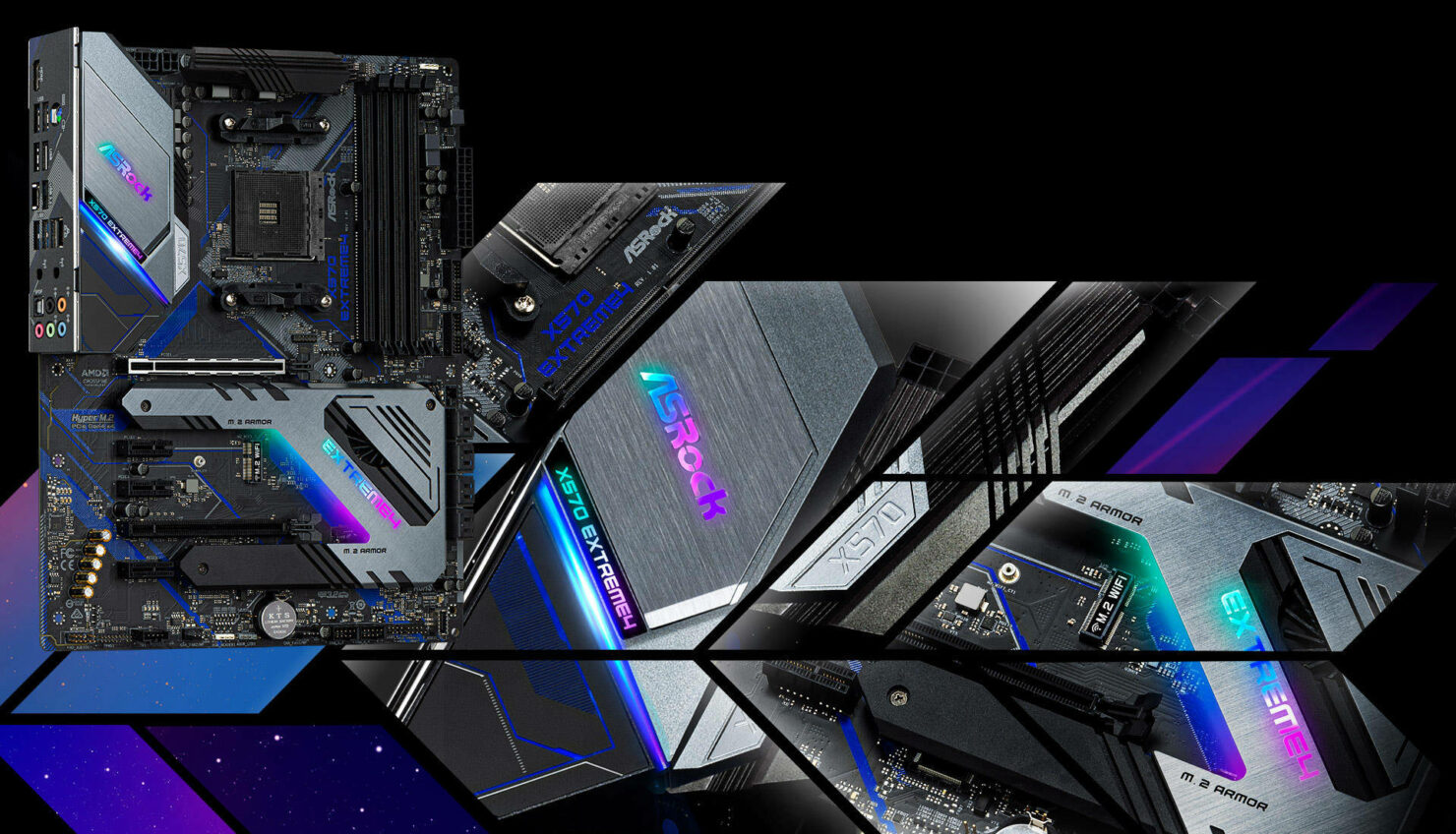 The X570 offers a ten power phase design, which massively helps with overclocking the CPU or powering some of the High-end Ryzen 3000 CPUs. With the support for AMD Ryzen 3000 Series allows for PCIe gen four slots, this motherboard has not one of those ports but 2 PCIe 4.0 x 16 ports and three PCIe 4.0 x1 ports allowing for massive connectivity with the newest technology. With this ten power phase design, this allows for DDR4 at the fantastic speeds of 4666 MHz, which is some of the fastest RAM speeds on the market.

This motherboard not only offers PCIe 4.0 if you use a Ryzen Processor that has an included GPU, but this motherboard also has an HDMI port located on the back, which allows you to connect a 4K60 FPS monitor.

The I/O of this motherboard is fantastic, offering two USB 3.2 Gen2 (having both the form factor of Type-A and Type-C), Eleven USB 3.2 Gen1 (four ports are designated for the front of the case, six in the rear, and one front Type-C). Along with those USB ports, there is a PS/2 port that will allow for either a mouse or a keyboard. All of these ports are accessible through the integrated IO Shield, and this allows for less dust to get into your system.