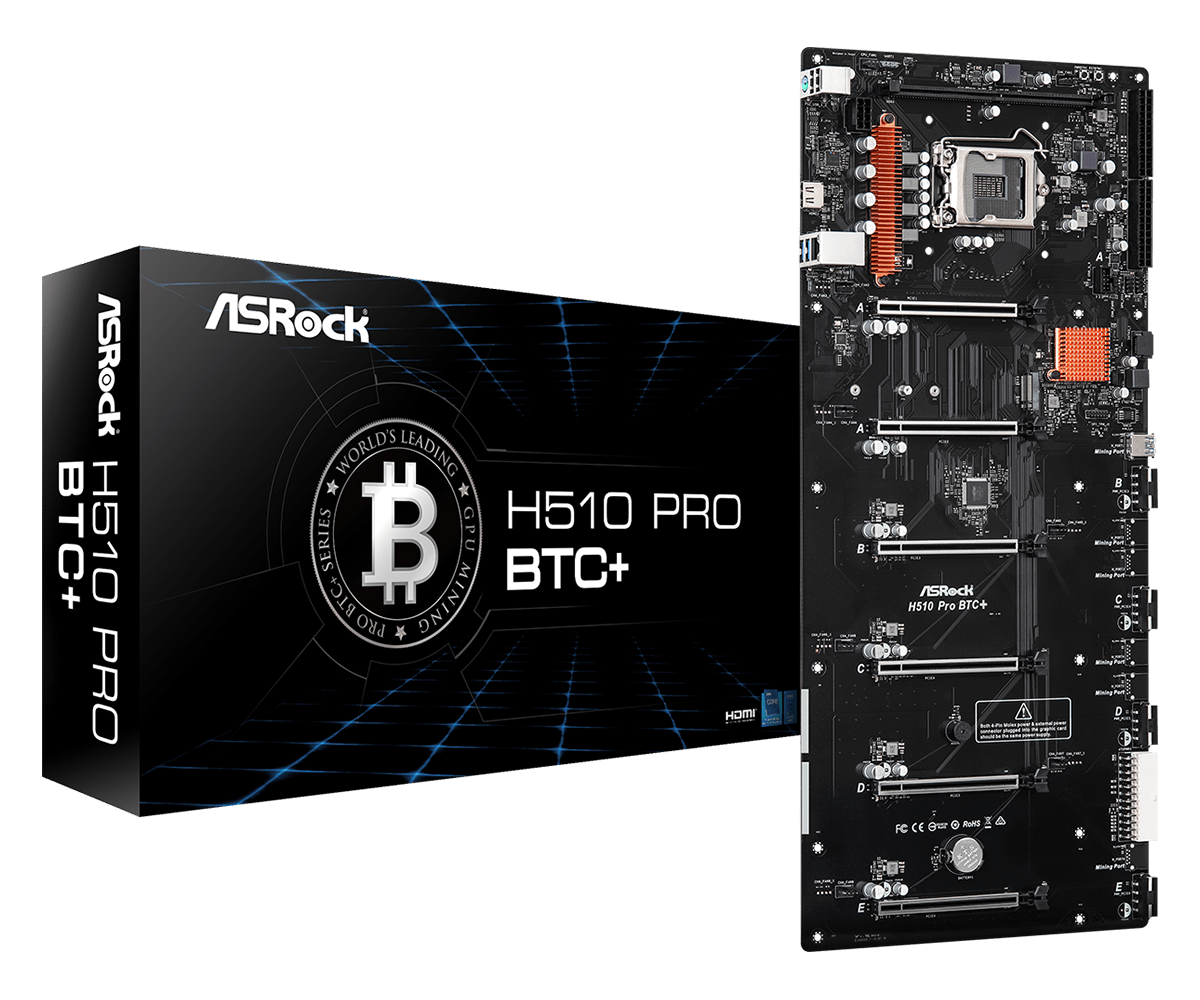 The latest addition to the ASRock motherboard lineup is the H510 Pro BTC+ designed specifically for cryptocurrency mining. The motherboard uses the LGA1200 socket and H510 chipset which allows users to set up mining rigs using Comet Lake and the latest Rocket Lake processors.

The most obvious difference from a classic motherboard is the six PCIe slots. Since graphics cards are used for cryptocurrency mining, having more graphics cards in a single system is more cost-effective than having multiple systems. More PCIe slots allow for graphics cards and the PCIe slots on the ASRock H510 Pro BTC+ are six PCIe 3.0 x16 expansion slots. However, only the first slot runs at x16 speeds while the other 5 slots are capped at x1 speeds. The system can hold 6 plus 1 graphics card with the 6 PCIe slots and the USB mining port.

In terms of the additional features of the ASRock H510 Pro BTC+, the motherboard has a four-phase power delivery solution that features 50A power chokes. In the memory department, you are limited to one slot and only 32GB on both the Rocket Lake and Comet Lake platform. The speeds differ based on the platform with DDR4-2933 on the Comet Lake platform and DDR4-3200 on the Rocket Lake platform. EEC memory is supported on this motherboard. The two options for storage are a SATA III port and a 110mm M.2 slot that supports SATA-based drives.

With the 6 PCIe 3.0 x16 expansion slots on the motherboard, the ASRock H510 Pro BTC+ doesn't fall into a traditional form factor. The H510 Pro BTC+ dimensions are 50.1x22.4cm (20.1x8.8 inches). Looking at the board, it looks very long and certainly won't fit in most cases, but this isn't meant to be in a case. It'll likely sit on a rack with plenty of the GPUs that you can't find running a mining algorithm.