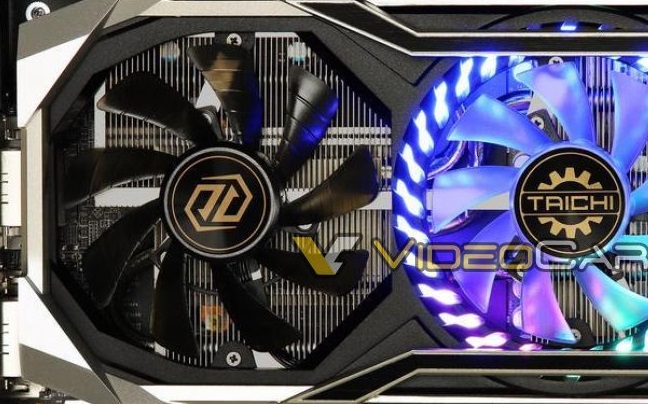 ASRock's upcoming Radeon RX 5700 XT OC+ graphics card has been unveiled in the latest set of pictures by Videocardz. The custom design, featuring the top of the line Taichi design is expected to hit market shelves soon for a little premium over the reference models.

ASRock was the first manufacturer to announce the custom-designed Radeon RX 5700 graphics cards and now they are further expanding their Radeon RX 5700 series lineup. The latest addition to the lineup would be the ASRock Radeon RX 5700 XT OC+, a triple-fan, and 2.5 slot design which offers similar aesthetics as ASRock's Taichi motherboard lineup. 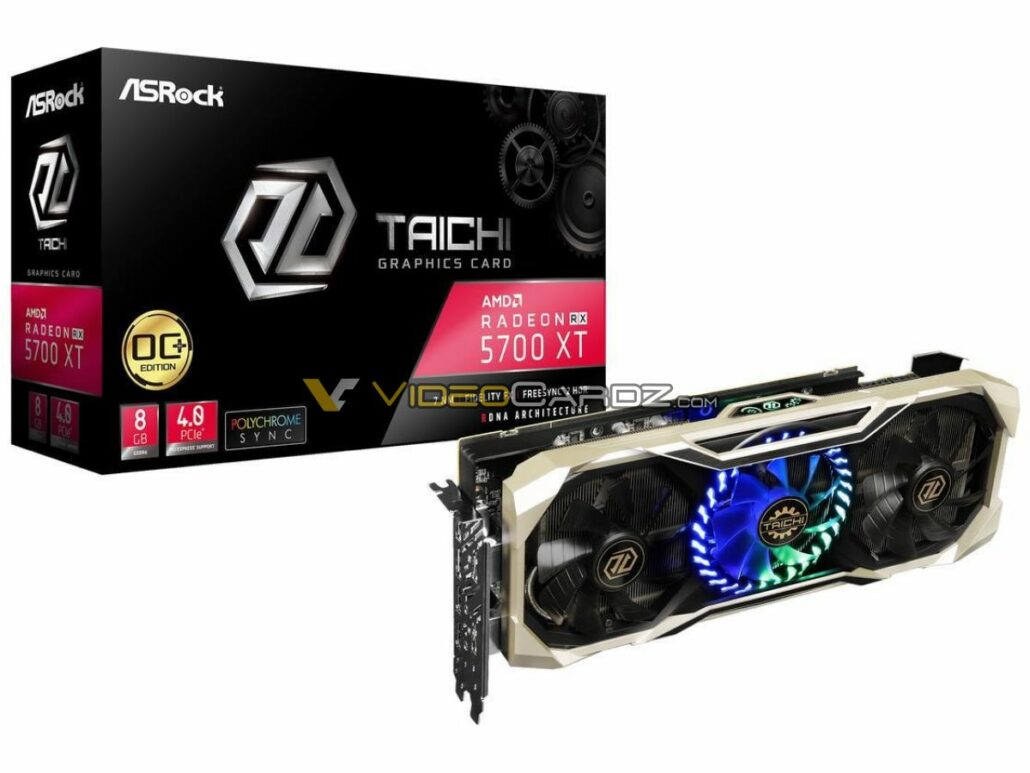 The ASRock Taichi series graphics cards were first spotted by us at Computex 2019 in a prototype state. ASRock showcased three designs back at the Computex floor with two following their new Phantom Gaming style and one model following their Taichi style. The final model looks similar to the concept design along with some cosmetic changes.

First up, ASRock has a dual-tone shroud design which comes in champagne gold and black colors. There are three fans on the shroud, two of which are 100mm and a single fan in the middle which is smaller than the rest. This fan has an acrylic design to make it glow with the RGB LEDs encircling it. The card makes use of ASRock's Polychrome Sync technology which would operate the RGBs on this card. The card comes ina 2.5 slot design and has an extended PCB to support the custom lay-out. The sides of the card seem to feature a LED display that features the Taichi logo in the middle and monitoring stats on the sides.

The Radeon RX 5700 XT Taichi OC seems to get power through dual 8-pin connectors which showcases that the PCB would be pretty decent for overclocking the 7nm Navi 10 GPU. On the back of the card, we can see spot a stunning backplate that has the Taichi logo and the Taichi gear design spread all over. Remember that the concept model had RGBs on the back too but honestly, the new design looks much better and sleek. There are two heatsink blocks underneath the shroud which are interconnected by large heat pipes to dissipate heat from the chip, VRMs and the memory.

The ASRock Radeon RX 5700 XT Taichi OC also features two switches on the PCB, one is a BIOS switch which enables either the OC BIOS or the Silent BIOS and the other switch controls the LED, allowing users to turn them on or off manually. You can also do this through the Polychrome Sync software that comes with the card. For display, the card offers dual HDMI 2.0b ports and four DisplayPort which should give users a lot of flexibility for running multiple displays at once. Expect more information on the cards to be available in the days to come.