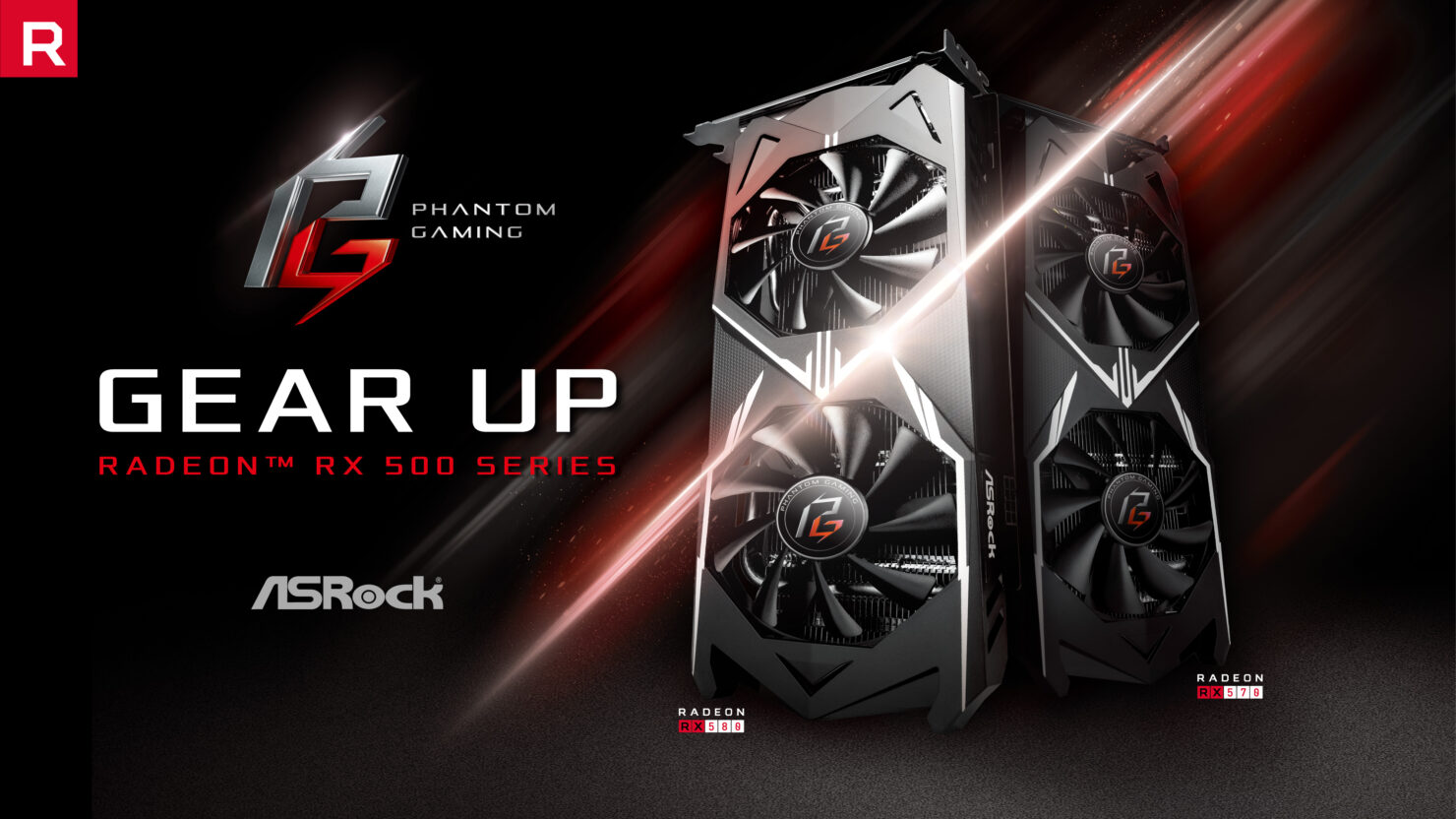 ASRock's Phantom Gaming lineup will cover the entire AMD Radeon RX 500 series which includes the Radeon RX 580, Radeon RX 570, Radeon RX 560 and the Radeon RX 550. All graphics cards are fitted with the new signature Phantom cooler and a custom board design which bring exceptional performance to gamers.

The high-end cooling system makes use of dual ball-bearing fans and are featured on top of what ASRock is calling an extra-large copper-base aluminum alloy composite heatpipe equipped heat sink which is designed for optimal cooling performance. The same cooler comes in both single and dual fan systems for the entry level and mainstream products.

“ASRock finally expand into the graphics card field,” said Mr. LL Shiu, ASRock Chief Executive Officer. “We are happy and proud to team up with AMD, our strong and reliable partner, and of course we look forward to bringing out more interesting and competitive products in future.

ASRock Phantom Gaming series promises elegant design, flexibility for power users combined with user friendly control, and of course, outstanding performance. ASRock never compromises on product quality and performance, so these new products are packed with amazing features as well as the best components to ensure they meet everyone’s expectations.

These new cards will be based on the Radeon RX 500 series, which features a powerful combination of exceptional game performance, high clock speeds, and AMD’s refined 2nd generation “Polaris” architecture. The Radeon RX 500 series was designed specifically for system upgrades, catering to gamers who are hindered by outdated technology and aren't able to enjoy optimal experiences in modern games or the latest display technologies.

“ASRock is an industry leader with some of the world’s best AMD-based motherboards being sold in the market today, and we are thrilled to team with them to help us bring incredible gaming experiences to gamers with Radeon GPUs, “said Scott Herkelman, corporate vice president and general manager, Radeon Technologies Group. “The new ASRock Phantom Gaming Series, based on the powerful Radeon RX 500 Series graphics cards, will provide gamers the best of Radeon features and performance which will include FreeSync, the ultimate technology for smooth and stutter-free gaming, Radeon Software Adrenalin Edition for seamless streaming, sharing and gameplay capture now with mobile device functionality, and Radeon graphic’s highly optimized DirectX 12 and Vulkan performance." via ASRock

All four Radeon RX Phantom Gaming graphics cards come with overclocked specifications and a custom board design which will deliver better performance over the reference modes. The full specifications for these cards can be found at the following links:

The graphics cards are available for sale worldwide as of now and ASRock is even providing users with their own tweaking utility known as Phantom Gaming Tweak which let's users adjust clocks and voltage alongside temperature and fan speed monitoring.