The ASRock DeskMini A300 features AMD's A300 chipset, dual SO-DIMM memory slots, room for dual SSDs, HDMI and Displayport, all within a Mini-STX form factor. The DeskMini A300 supports the following Raven Ridge and Bristol Ridge processors:

Multiple processors listed above also have 'PRO' variants, and the DeskMini A300 will accommodate them. It is unclear as to why the A10-9700, A12-9800E, and A12-9800 are not listed, as the TDP of these processors do not exceed 65W, the maximum TDP the DeskMini A300 is rated to support. An optional low-profile cooler is available for the DeskMini A300, operating from 1950RPM to 3500RPM. 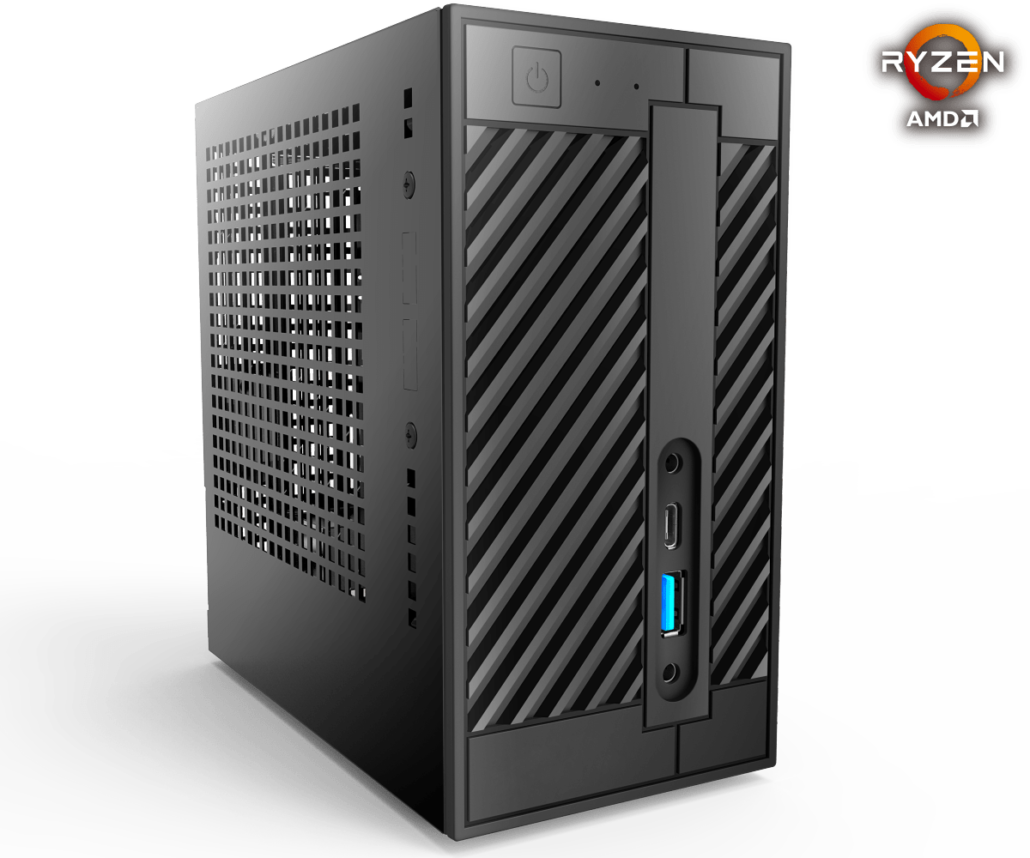 The DeskMini A300 supports up to 32GB of SO-DIMM memory across two slots, therefore allowing a dual-channel configuration. ASRock claims support for memory speeds up to 3200MHz+:

The DeskMini A300 provides plenty of storage space with two M.2 2280 slots and two SATA 6Gbps ports. ASRock has gone the extra mile to enable RAID 0, 1, or 10. Another nice feature is the inclusion of a heatsink on the MOSFETs, something that is commonly left off of budget AM4 motherboards.  This will keep the VRM nice and cool with limited space for airflow in such a small chassis, only 1.92L.

ASRock has also provided plenty of I/O. Two USB 3.1 Gen1 Type-A ports may be found on the front and rear of the DeskMini A300. An additional USB 3.1 Gen1 Type-C may be found on the front, as well as a USB 2.0 Type-A port on the rear. Both the HDMI and DisplayPort connectors are rated at 4K 60Hz. A PCIe cannot be found inside the DeskMini A300, requiring the use of an integrated GPU.

The DeskMini A300 is also VESA compatible, allowing it to be mounted to various surfaces such as the rear of a monitor.

The ASRock DeskMini A300 is suitable for home computing, light gaming, and general office workloads. The DeskMini A300 is available for about $149.99, making it an affordable option for users uninterested in a dedicated GPU.