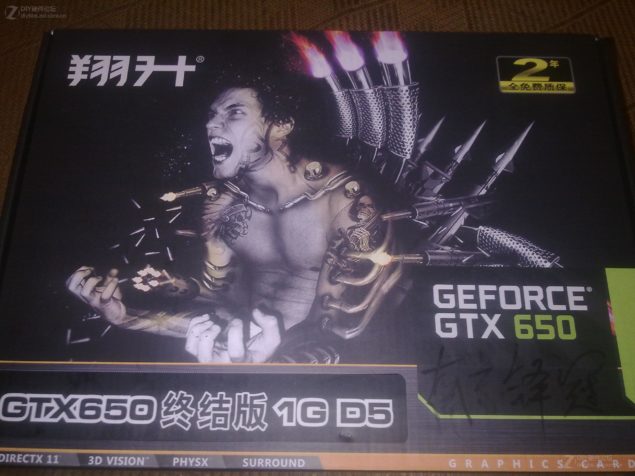 Chinese manufacturer ASL's upcoming GeForce GTX 650 graphics card has been pictured by the users on Zol forums. The card features the GK107 core architecture and sticks to the reference specifications.

The card was running at the stock frequency of 1059MHz core and 1250MHz (5GHz Effective) memory clock speed. The card comes with 1GB of GDDR5 memory which runs across a 128-bit interface and display is provided through dual-DVI and a mini display port. 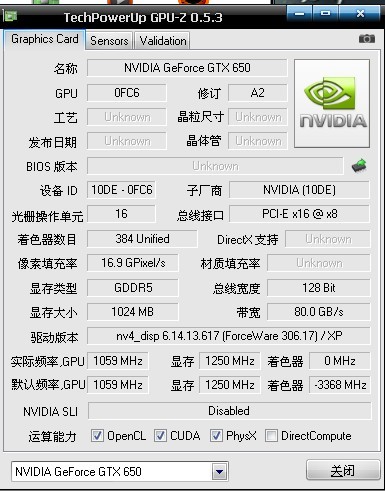 Power is provided through a single 6-pin pcie connector since it has a rated TDP of 75W. The cooler looks as to be a circular fin heatsink with a center etched fan. The user reported that the GPU scores around 12,000 points in 3Dmark 06 which shows performance is similar to a 9800GTX.

Official MSRP is $149 with availability on 13th September.