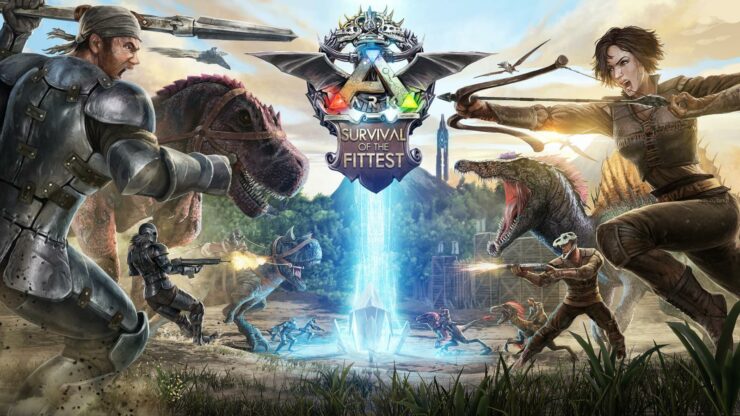 In the forum post, studio Wildcard’s lead community manager Jat explained the decision to merge the competitive-battle mod back with Ark: Survival Evolved, and put development on the PS4 and Xbox One version on hold. According to the community manager, Survival of the Fittest will no longer exist as a separate free-to-play title, but will be maintained as a playable game mode internally. “Everyone who has thus-far played the game will continue to be able to play it without having to own ARK: Survival Evolved, but going forward it will be considered part of the ARK: Survival Evolved product group”, Jat wrote.

The release of the Development Kit is the main reason for bringing back SotF internally. We have been pondering for a while how to release the kit without any restrictions on content and licensing, allowing SotF modders to freely take all the content from Survival Evolved as they wish. We wanted to ensure that modders would have freedom when working with the kit to create the mods that they wanted to see in SotF. This was more important to us than any other reason, and to accomplish this, we had to bring SotF back into the Survival Evolved product. We do not want to place any restrictions on you, this community has provided a lot of feedback in regards to SotF and there are a number of you who have expressed a desire to work on the game mode itself and take it to a new place. We wanted to ensure that you would be able to meet those desires and make SotF into the game you want to see, no limits. Furthermore, we’ll be kicking off a large-scale SotF Mod Contest shortly to help give the SotF creative community a boost to get out there and make cool stuff, stay tuned for details on that! You can download the SotF Development Kit here ( http://arkfiles.com/sotf/ARKDevKitSotF_v177.2.zip -- 50 GB! ) and start uploading your SotF Content to Steam Workshop right now! Feel free to take any and all content you want from Survival Evolved, let’s see some new Dinos in SotF! Tutorials and info on how to create content (Maps, Mods, Map Extensions, and Total Conversions) are available here: https://forums.unrealengine.com/forumdisplay.php?70-ARK-Survival-Evolved

No Free To Play Monetisation

When a game like SotF is made free to play, there are still expenses - this can range from development work, server costs, running of tournaments, prizes and of course the opportunity cost. To ensure that SotF would remain a success and a sound choice, Wildcard would have had to put a lot of resources and time into learning how to become a ‘free to play’ developer. We would have had to learn how to monetize a free game, notoriously through the use of in-app purchases such as skins and other cosmetics. Ultimately, it’s clear this is not who we are, we like to make games, and to make the gameplay fun. We don’t know much about monetization, and quite frankly we aren’t interested in hiring an economics team to take over that process, it is much more in our and your best interest for Wildcard to solely focus on the development of a game. We just aren’t cut out for free to play mechanics. With SotF being part of ARK: Survival Evolved, it’ll be able to draw from Survival Evolved resource pool directly, and enable us to continue operating the title.

To take a step back, and see how these changes work out in the long term, development of Survival of the Fittest for PS4 and Xbox One will be placed on hold, “without making any hasty decisions”.

We recently interviewed Studio Wildcard’s Jesse Rapczak, who told us that they are still planning to release the final product of ARK: Survival Evolved this Winter for PC, PS4 and Xbox One.