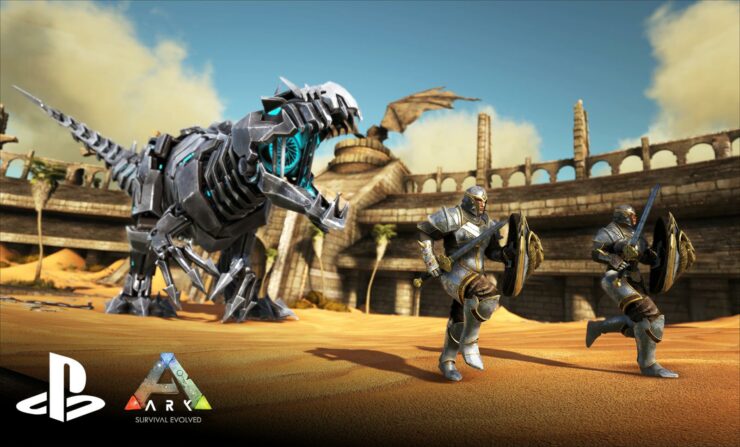 Studio Wildcard’s Ark Survival Evolved will finally release on PS4 next week, and the game will receive exclusive content on Sony’s console.

The news was announced on the official Ark blog just now.

Earlier this month we already reported that Ark would release on PS4 in December, but Studio Wildcard hadn’t officially confirmed a December release – until now.

Performance wise, the base PS4 version of Ark Survival Evolved will be on par with the Xbox One version and both will run on the same client version. The game will also take advantage of the PS4 Pro, although Studio Wildcard hasn’t officially detailed the enrichments on Sony’s enhanced console.

Studio Wildcard will also release The ARK: Survivor’s Pack in both Europe and the US, which includes the base game and the ARK: Scorched Earth expansion. In addition, the Survivor’s pack adds extra PS4 exclusive content.

The bundle will be available for $54.99 USD in North American regions, or €49.99 in Europe. European survivors will also have the opportunity to pick up ARK: Survival Evolved as a standalone game for €34.99 and its Scorched Earth Expansion Pack for €19.99. Unfortunately, we were not able to release the content as two standalone items for the North American regions, until Spring 2017.

PS4 ARK players will, of course, receive a constant stream of major updates packed with new dinosaurs, weapons, armour, mechanics, and lifestyle improvements, in approximate tempo with the other platforms, until the game releases as a final product in Spring 2017.

Ark: Survival Evolved is currently available via early access on PC and Xbox One, and as off December 6, on PS4 as well.