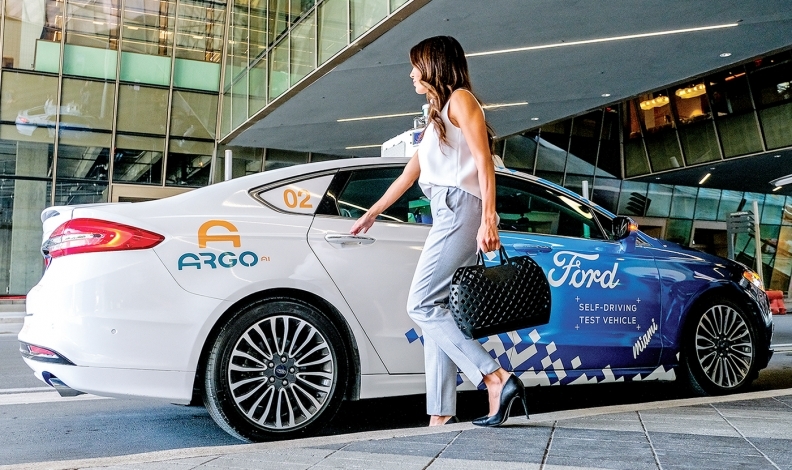 Argo AI, the technology company that has partnered with Ford Motor Co (NYSE:F) and Volkswagen AG (ETR:VOW3) to deliver a fully integrated self-driving system, is banking on a multi-purpose fleet of autonomous automobiles to deliver sustainable profitability that has, so far, remained elusive for the entire industry.

Unlike most of its competitors, Argo is not trying to build automated taxis. Instead, the company has entered into a unique revenue sharing deal, whereby, it will earn a fee based on the miles travelled by an autonomous fleet equipped with Argo’s technology and owned by Ford and Volkswagen (VW). Also, as per the plan, these robot vehicles will be deployed for various commercial purposes that include long-haul transportation of goods, e-commerce deliveries, mining, group transportation, etc.

Argo is currently working on delivering an automated driving system by 2021 that Ford will use to power compact shuttles based on the Ford Transit Connect concept in three U.S. cities. Moreover, Volkswagen has informed Reuters that the company expects to launch autonomous electric vehicles driven by Argo’s system in 2022 or 2023. Initially, these vehicles will be deployed by VW with the ride services business of the German automaker Moia.

These efforts underpin the belief that the self-driving technology has applications that extend far beyond replacing taxi drivers. Ford executive Jim Farley said at a Detroit conference in November that the company was exploring applications for Argo’s technology, “that could make more sense than robotaxis.”

Argo’s financial structure also differs from that utilized by some of its peers. According to Reuters, Ford and VW each own just under 40 percent of the venture, while Argo’s management holds the residual share that is just over 20 percent.

Additionally, VW has reportedly received preliminary interest from other ridesharing and transportation companies that want to purchase the autonomous vehicles of VW equipped with Argo’s system. This could prove to be a lucrative additional source of revenue for the self-driving startup.

Some of the firm's competitors are also trying to diversify the applications of their technology. For example, Google-backed Waymo (NASDAQ:GOOGL) is now working to adapt its technology for commercial vehicles such as the class 8 trucks, according to Waymo Chief Executive John Krafcik.

Interestingly, investors currently assign Argo a lower valuation than that of some of its rivals. As an illustration, Waymo is presently valued at $105 billion while Cruise was valued at $19 billion during its last funding round. On the other hand, Argo’s valuation is estimated at $7.25 billion following Volkswagen’s $1.9 billion investment. Incidentally, this matches the $7.25 billion valuation of Uber’s (NYSE:UBER) self-driving unit.