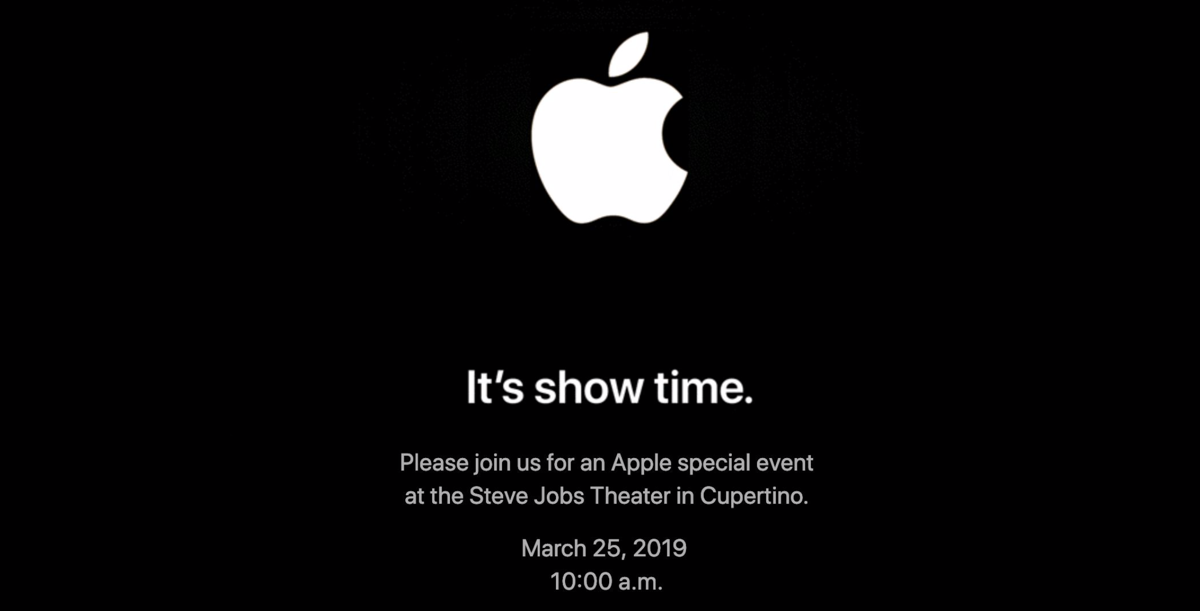 It's official, folks. Apple has announced that it will be holding a media event on the 25th of March where it will likely announce its movie streaming service.

Rumors have been floating around for quite a while now that the Cupertino giant will be hosting some sort of event at the end of this month. Those rumors can now be laid to rest as Apple has officially announced its 'It's Show Time' event.

What's the location and time of the event? Here's the literature straight from Apple itself:

Given the fairly obvious title of the event, it's likely that Apple will take wraps off its movie streaming service. It's also believed that big names from Hollywood will also be on stage to endorse Apple's new initiative.

Should we expect Apple to announce new hardware at this event? Given how things stand, it's somewhat unlikely. But there is a very, very small probability that we might actually end up seeing a refreshed 9.7-inch iPad alongside a new iPad mini 5. Both these tablets will likely see little to no changes on the cosmetic front but hopefully some serious strides under the hood when it comes to performance.

It would be very interesting to see how Apple will go forward with its movie streaming service given how the space is already dominated with the likes of Netflix. Will Apple finally bring to the table which no one else has so far? For example, early rentals of movies which are already in theaters, something which has been rumored for a long time. Or, will Apple offer Apple Music subscribers an incentive in the form of a discount in order to get the most amount of people on board? This, and a few other blazing questions will be answered on the 25th of this month.

We will cover the event from start to finish therefore stay tuned for more.