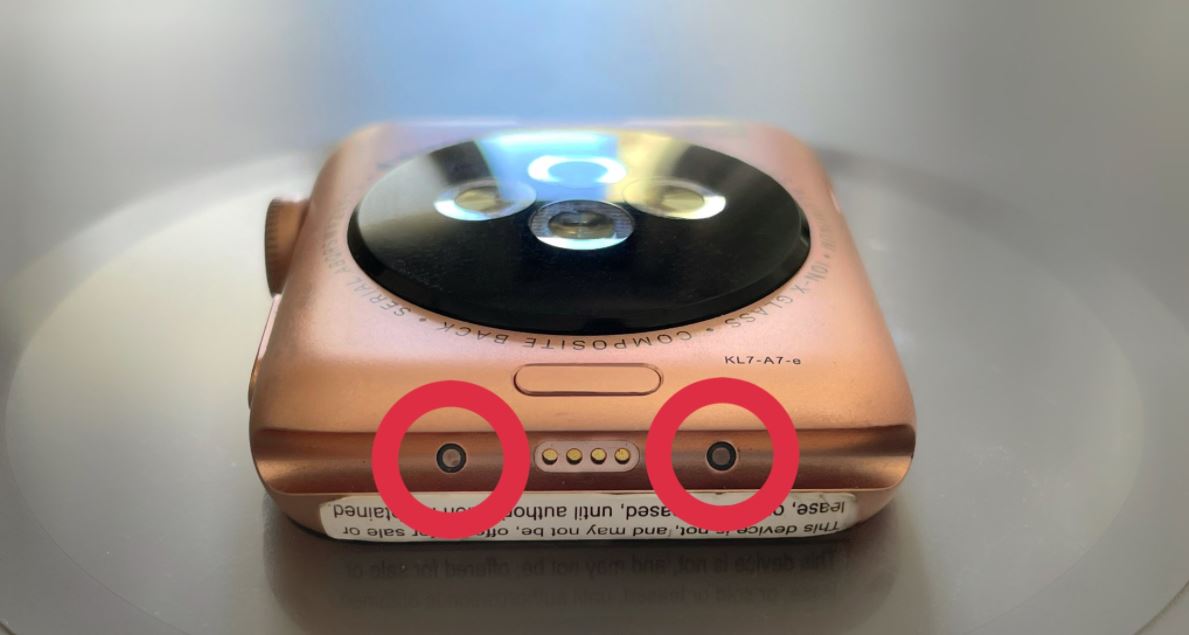 As mentioned earlier, the image has been shared by the developer and prototype collector Giulio Zompetti, which shows two metal contact points inside the band slot of the Apple Watch. The two ports are visible on both sides of the diagnostic port. According to Zompetti, "two unusual pads are exposed to the band," which resembles the iPad's "Smart Connector." Henceforth, we can presume that Apple could have been working on a solution for "Smart Bands."

The company has filed numerous patents that more or less represent the same purpose. Some of the patents coined to show self-tightening, biometric authentication, and other purposes that could have been potentially fulfilled through the method. It was once rumored that the diagnostic port on the Apple Watch will also serve to support Smart Bands. However, that was not the case.

Apple might have experimented on some “smart bands” in earlier revisions of Apple Watch S3.

On this prototype unit, two unusual pads are exposed to the band, as a sort of “Smart Connector” we’ve already seen on iPads.#AppleCollection #AppleWatch pic.twitter.com/uVFZHuvuAe

The Apple Watch's hidden diagnostic port allowed third-party manufacturers to develop a system through which a band would charge the Apple Watch. However, Apple's software update removed the ability which ended the support. Nonetheless, it is a little disappointing to see that the end product could not see the feature.

We will share more details on the Apple Watch prototype and support for Smart Bands in the future, so be sure to stick around. Also, share your valuable insights with us in the comments section below.