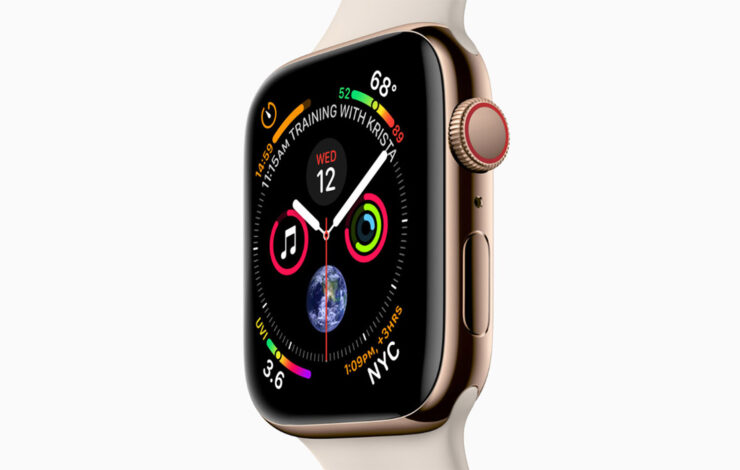 While the smartphone market has seemingly hit a plateau, the smartwatch industry is certainly ripe for growth. After all, it’s a fairly new category, and with increasing awareness about the importance of a healthy lifestyle, the wearables are proving to be increasingly popular. According to a new report, global smartwatch sales went up 42 percent year-over-year in Q3 2019, with a steady increase for the Apple Watch market share.

Out of the 14.2 million units shipped in the third quarter of the year, 6.8 million were Apple-branded. This represents a 51 percent growth from 4.5 million units in the year-ago quarter. With this, Apple Watch market share has grown from 45 percent in Q3 2018 to almost 48 percent. If this growth trajectory continues, the Cupertino giant will soon have 50 percent of the market.

When Apple reported its latest financials, the company revealed that the wearables, home, and accessories segment has seen a 41 percent year-over-year growth. The Apple Watch falls under this category and the segment makes up 9.5 percent of the total revenue. There is still a lot of scope in the wearables market, and total shipments are expected to reach 222.9 million units this year. By 2023, total sales are expected to hit 302.3 million units, if estimates turn out to be true.

Since the iPhone sales have lost steam, most likely because the reports haven’t taken into account the iPhone 11 sales, wearables can surely cushion some of the loss of income. Over the years, the Apple Watch has become one of the company’s key wearable products. Thanks to an increased focus on fitness and health, the Cupertino giant has a lead over other players. However, that’s not to say that Apple Watch market share remains unchallenged.

With an estimated 13.4 percent share of the market, Samsung was the second-largest vendor in the smartwatch industry. While that number pales in comparison to what Apple has achieved, the South Korean giant seems determined to catch up. It managed to increase sales by 73 percent compared to the same period last year and thanks to the recently released models like the Galaxy Watch Active 2, shipments are likely to increase in the holiday season.

Although the now Google-owned Fitbit lost market share, it saw a growth of 7 percent and with the new acquisition, we might see some improvements in the future. Thus, apart from Samsung, Google can also emerge as a threat to the Apple Watch market share. However, for now, the Cupertino giant reigns supreme but for how long? Only time will tell.