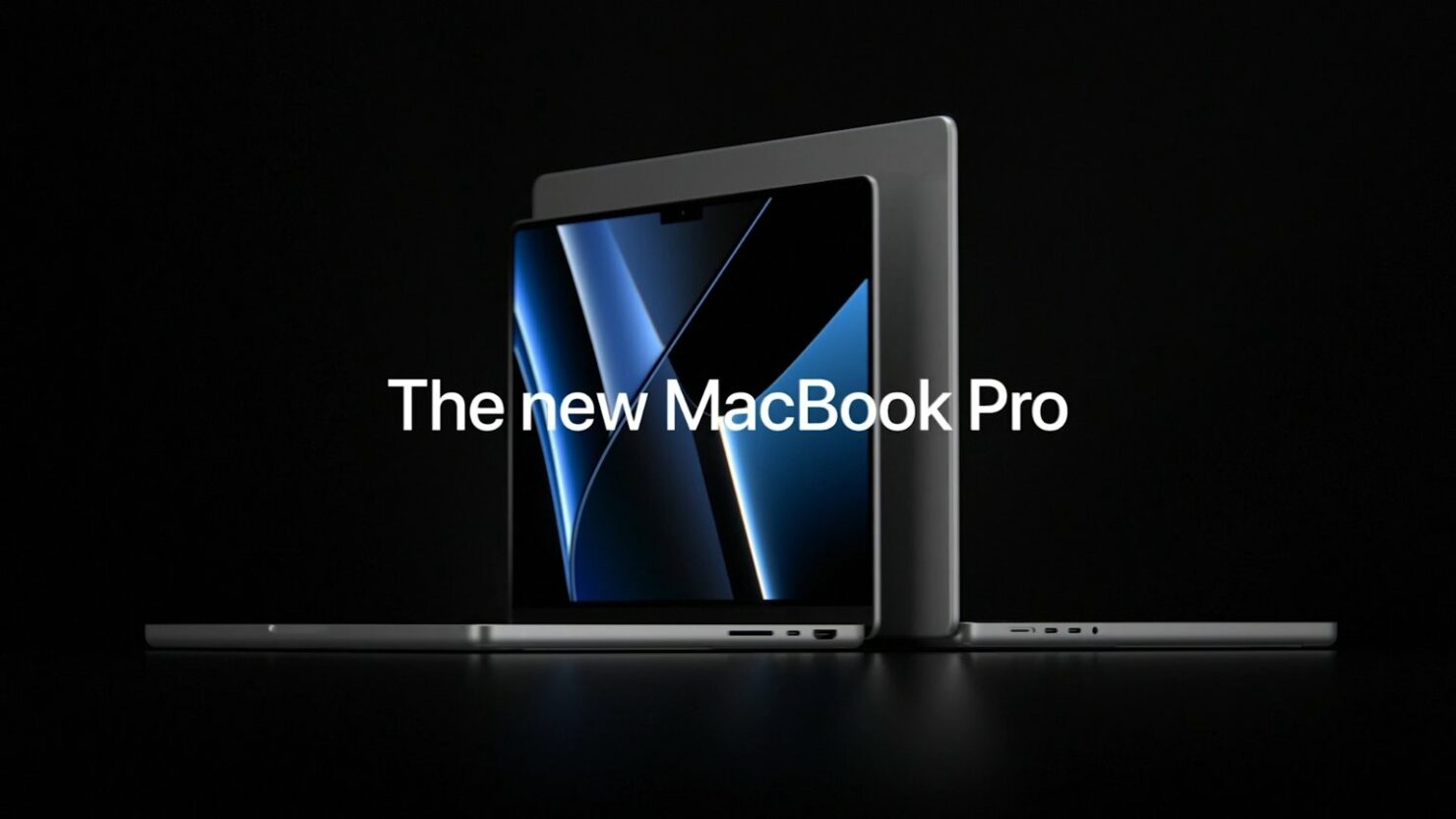 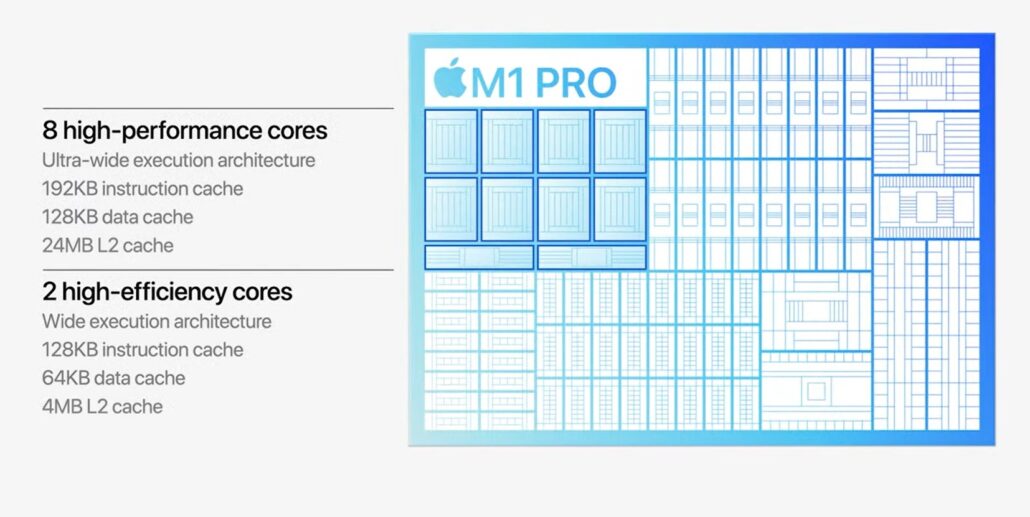 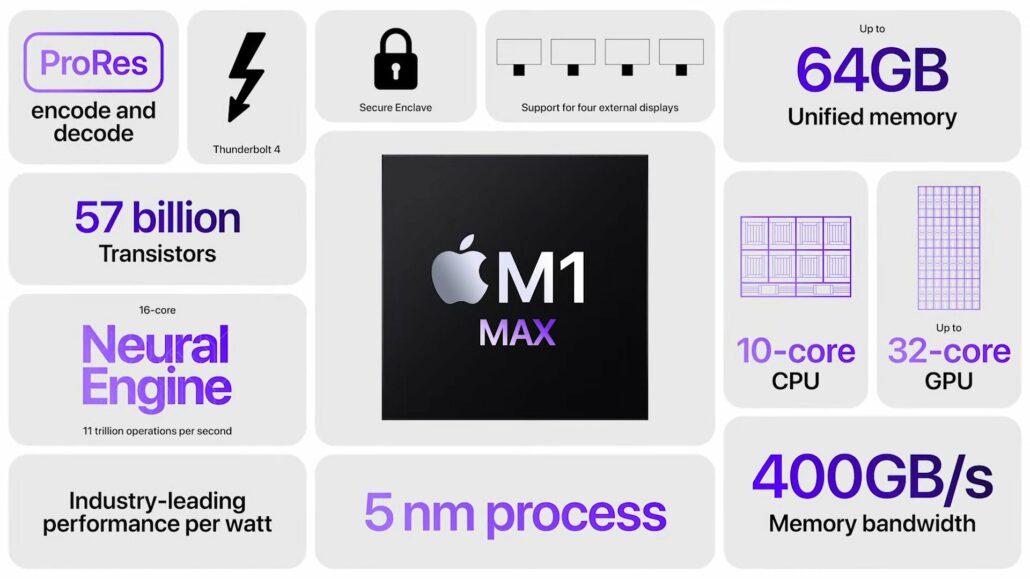 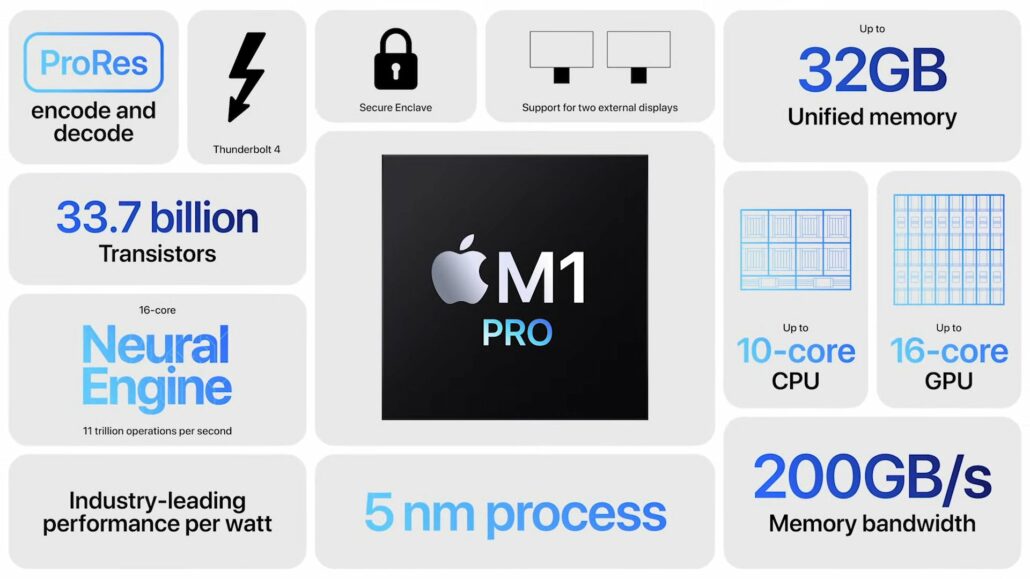 Similarly, the M1 Max offers performance on par with the high-performance laptop graphics such as the RTX 3080 and RTX 3070 (MSI GE76 Raider 11UH-053) while running at 100W less power. What's interesting here is that the graphics performance is measured within pro apps such as Cinema 4D S25 and Redshift v3.0.54.

As for CPU performance, Apple is claiming that the M1 Pro and M1 Max will offer a 70% increase in performance over the M1 SOC and much faster performance than an 8 core laptop CPU at just 30 Watts power consumption whereas 4-core x86 chips consume around 40W power while 8-core chip architectures hover around 60W. 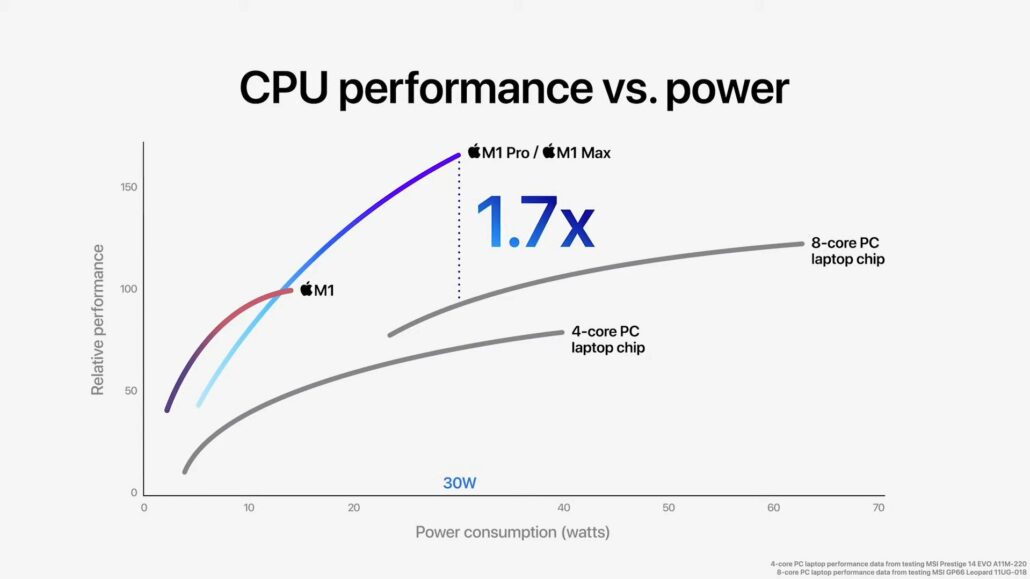 The new laptops will also rock high-end SSDs with speeds of up to 7.4 GB per second along with improved battery timings and fast charging capabilities. The new Apple MacBook Pro lineup also offers a range of new features which we have detailed over here.