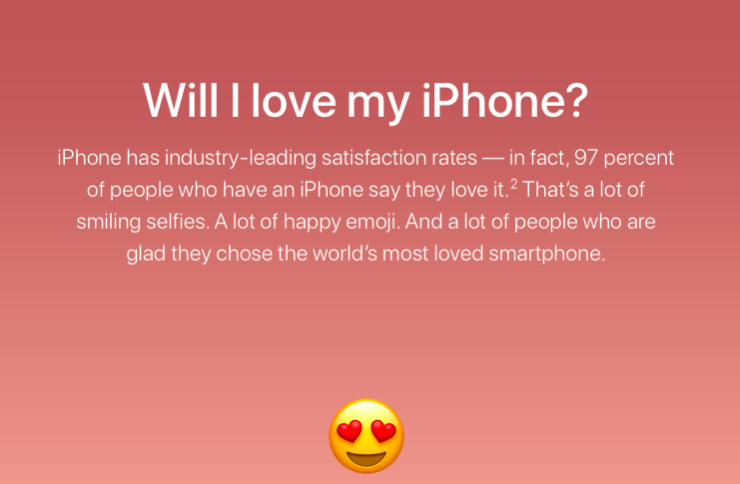 As the rumors about Apple's iPhone 8 are soaring, the company is also coming up with new ways to lure consumers. Apple has launched an updated version of its "Switch" website to woo Android users.

The new site comes with an enhanced FAQ page that acts as a guide to help Android users to shift to iOS with an iPhone. It also showcases main iPhone features and asserts on how easy it is to move from an Android device to an iPhone. The previous version of the website only featured information on how to shift from Android to iPhone such as apps that help in transferring contacts, photos, messages, etc. On the contrary, the new site also shows information to lure Android users towards iPhone.

It has got featured information about iPhone features and how it is better than Android. It still contains all the guides that ensure a smooth transition from Android to iPhone. The website highlights important iPhone features like iPhone's optics, Apple Pay, Processor, Apple's privacy policy, and Apple Support. It also conveys to the readers about Apple's commitment towards iOS and how helpful is Apple Support. 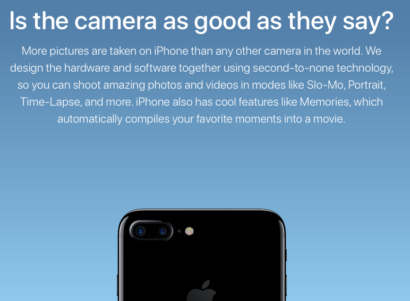 Not just the information on the surface, the website also delves into comparison charts. It has got direct links to purchase iPhone from Apple. The site features great animations and minimalistic design layout that offers soothing reading experience to the users. Also, the direct purchase links have iPhone 7 Plus, iPhone 7, iPhone 6s Plus, iPhone 6s, and iPhone SE on offer.

Well, it is a no-brainer that Apple is witnessing a growth in its consumer base. And it was about time that the company came up with an enhanced website to impress Android users and make them think about switching to an iPhone. To commemorate the rising consumers for iPhone, Apple's CEO Tim Cook said at the quarter earnings call,"We saw the largest absolute number of switchers outside of Greater China that we've ever seen in the same period."

To recap, Google also updated its Android website last year. It featured guides to help users to shift from an iPhone to Android.

Oh, Apple has released a video too. Check it out!