Apple Stops Signing iOS 9.3.1, Here’s What It Means For You 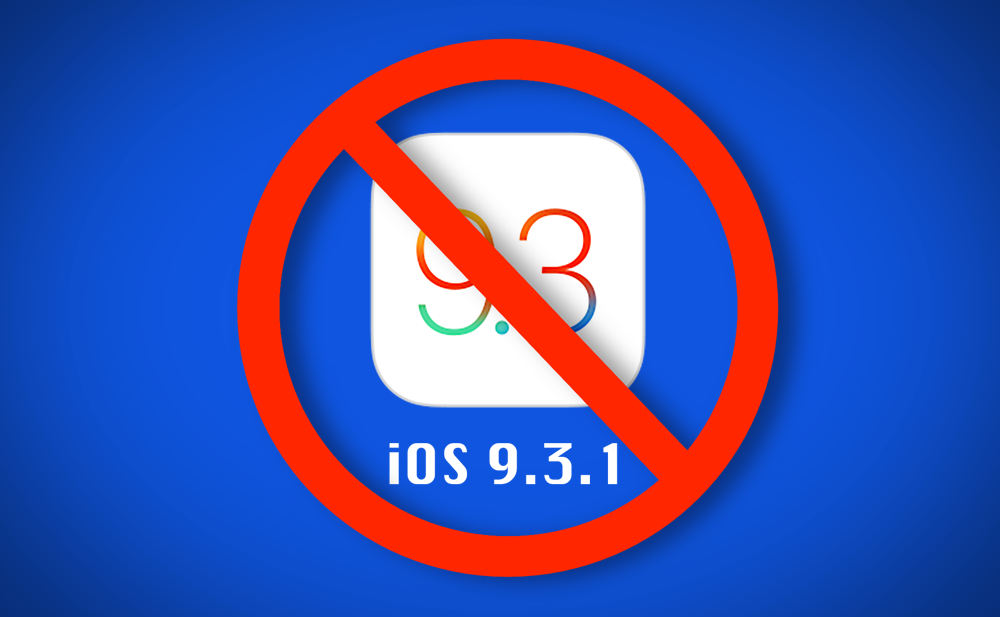 Apple on Friday stopped signing iOS 9.3.1 firmware. This means that users can no longer downgrade to iOS 9.3.1 via iTunes. You will now be forced to install iOS 9.3.2 when attempting to restore your iPhone, iPod Touch and iPad. As it seems, Apple has pulled the plug for all devices running iOS 9.3.1 rather than for some devices running iOS. There are plenty of reasons why users would need to downgrade to iOS 9.3.1 from their upgraded version of iOS. While some reasons might be obscure, others are worth knowing.

iOS 9.3.1 was released at the end of March and in the middle of May the company released iOS 9.3.2 download that boasted minor bug fixes and performance enhancements. Apart from this, Apple also released a second version of iOS 9.3.2 for the 9.7-inch iPad Pro variant due to a problem persisting on the device. Frankly, these issues might have been the only reason why consumers would wish to downgrade their iOS firmware to iOS 9.3.1.

Apple has released several beta versions for public as well as developers for its upcoming iOS 9.3.3. At this point in time, there are no forward-facing features in the second beta for iOS 9.3.3, which was released less than a week ago. So how would we stack Apple's decision to stop signing iOS 9.3.1 considering jailbreak? Here's what you need to know if you were considering to downgrade your iOS firmware.

Should You Upgrade To iOS 9.3.2 Considering A Future Jailbreak Tool Is Released?

However, it is possible that jailbreaking teams might release a tool to jailbreak iOS 9.3.1 rather than iOS 9.3.2. So if your iOS device rests on iOS 9.3.1, we would recommend you not to update until we hear any major updates in terms of jailbreak. This is just to be on the safe side, as any jailbreak released for iOS 9.3.1 or above would be achievable.

Considering the fact that Apple's release of iOS 9.3.2 did not carry any major security updates, any jailbreak that were to work on iOS 9.3.1 might also be achievable on iOS 9.3.2. So we're not struggling for decisions here, it's either one way or the other according to stats.

Do you think there will be a jailbreak tool available for iOS 9.3.1? If you're running iOS 9.3.1 firmware on your iOS device, would you prefer updating it to iOS 9.3.2? Let us know what decision are you opting for in the comments.