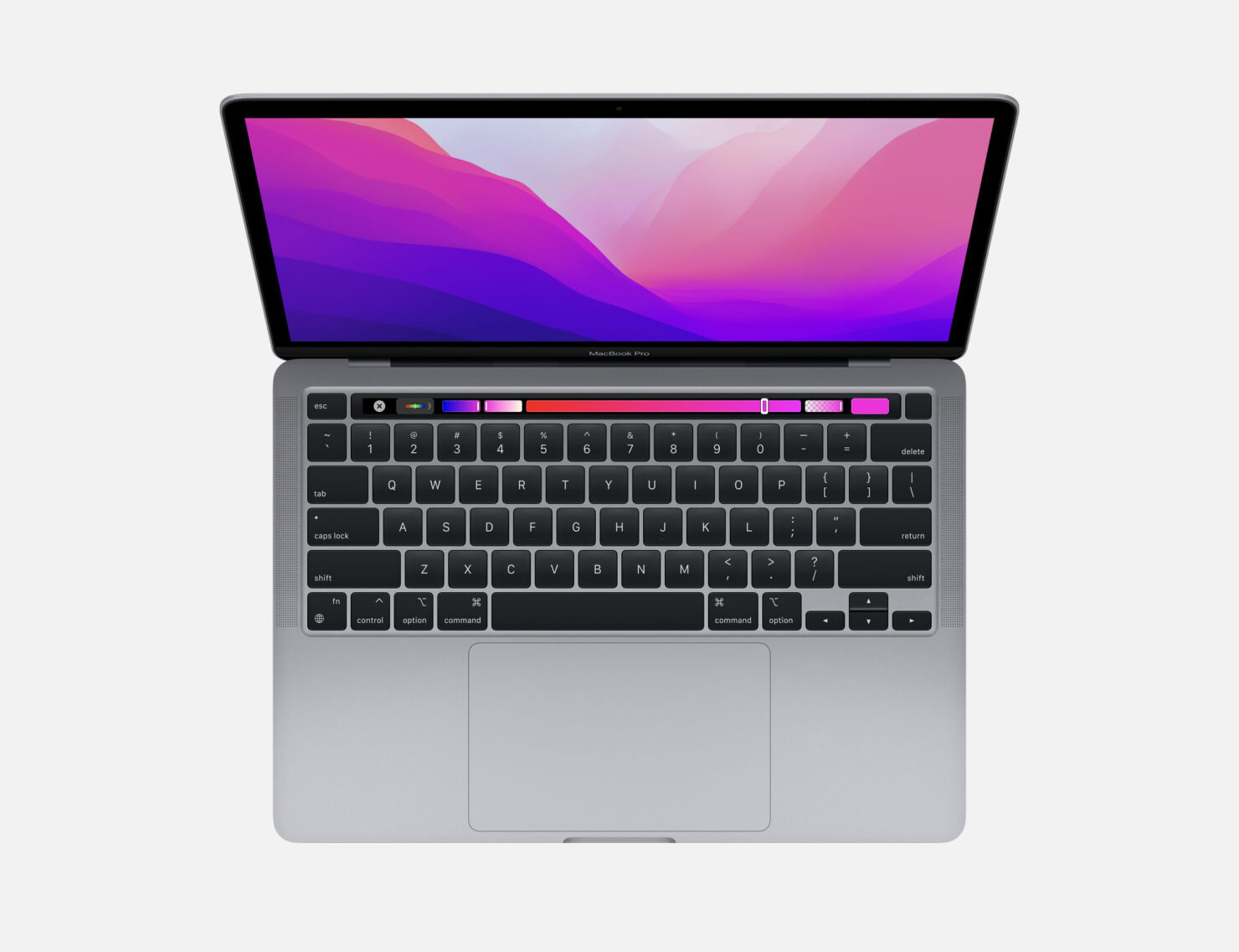 Just like Apple said it would, pre-orders for the 13-inch M2 MacBook Pro are live, with the machine starting from $1,299 for the base model and offers 8GB of unified LPDDR5 memory, along with 256GB of PCIe NVMe storage. The design of the MacBook Pro is changed from the previous model that features the M1 SoC. Also, it is the only version in Apple’s entire Mac lineup that sports a Touch Bar behind the keyboard, so those that did not appreciate Apple bringing back functional physical keys will likely be looking to purchase this model.

The biggest change of the M2 MacBook Pro, as you can tell, is on the inside, with the portable Mac sporting the company’s latest custom silicon called the M2. Manufactured on TSMC’s second-generation 5nm architecture, the new Apple Silicon might tout the same 8-core CPU configuration as the M1, but it gets an increase in the maximum number of GPU cores, which is 10. In case you were wondering how fast the M2 is compared to the M1, the CPU improvements were modest.

However, the graphics side saw the most significant jump, with the M2 performing 50 percent faster than the M1, so for the majority of potential customers, these improvements would justify the new MacBook Pro purchase. You also get access to faster unified RAM, and best of all, it can be upgraded to up to 24GB, while the machines packing the M1 were limited to 16GB of memory. Unfortunately, increasing the storage and unified RAM on the M2 MacBook Pro will cost a premium, and you have to make sure to configure the product before checking out because there will be no upgrading later, at any point.

Customers also get two Thunderbolt ports, a generous-sized trackpad, and a color-accurate, high-resolution Retina display with support for True Tone technology. Apple will officially release the M2 MacBook Pro on Friday, June 24, in select Apple Store outlets and Authorized Resellers. Pricing is mentioned above already, but students will be eligible for a $100 discount, bringing that starting price down to $1,199.

Will you be upgrading to the M2 MacBook Pro? Visit the source link below and tell us down in the comments.