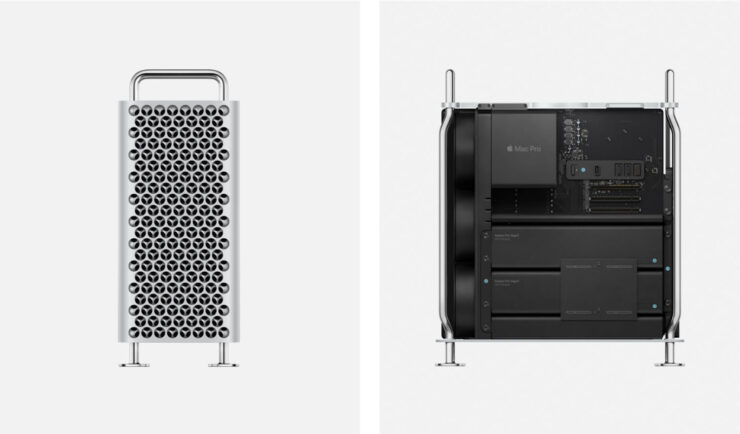 Apple is said to be working on a new Mac Pro that was earlier reported to feature a significantly smaller size. Since the upcoming workstation will feature power-efficient hardware, it will not require a massive chassis to cool the internals. In addition to the smaller size, the Apple Silicon Mac Pro is reported to arrive in two variants, with the most powerful sporting a 40-core chipset.

According to Bloomberg, the two Mac Pro models could arrive in the following configurations.

The report does not mention if these two Mac Pro variants will be different in dimensions, but Mark Gurman mentions that the size could be reminiscent of the Power Mac G4 Cube. So what about the GPU? Will Apple continue to source parts from its long-time partner AMD? It does not appear so because these Mac Pro models might feature either 64-core or 128-core graphics options.

This would effectively make the Apple Silicon Mac Pro one of the most powerful machines consumers can purchase. Considering the beast that is the M1 chip; despite being present in thinner form factors, it can deliver quite the punch while offering impressive battery life at the same time. However, since the Mac Pro will be a stationary machine, we believe Apple will prioritize raw performance over everything else.

The report does not mention when Apple aims to release the updated Mac Pro, but our guess is it could arrive in 2022, assuming the chip shortage problems fade away. Like always, we will be here to update our readers and inform them of any changes, so stay tuned. As for the new Mac Pro, are you excited about what it can potentially bring to the table? Share your thoughts right away.