Today, Apple has seen fit to release beta 3 of its upcoming macOS 12 Monterey to the public. The new beta build is oriented towards the general public so everyone can give it a go. The new beta arrives two weeks after the first beta was seeded to the public. If you are enrolled in Apple's public beta program, you can download it right now on your compatible Macs.

If you are interested and enrolled in Apple's public beta program, you can install the latest macOS 12 Monterey beta 3 on your compatible Mac from the Software Update section in System Preferences. Make sure that you have installed the proper configuration profile from the Apple beta software website.

In terms of what you can expect, macOS 12 Monterey beta 3 brings a boatload of major additions to the platform. For instance, the Universal Control feature lets you use a single mouse, trackpad, and keyboard on multiple Mac or iPad. In addition to this, Apple has also made it possible to AirPlay directly to a Mac from an iPhone, iPad, or even another Mac. 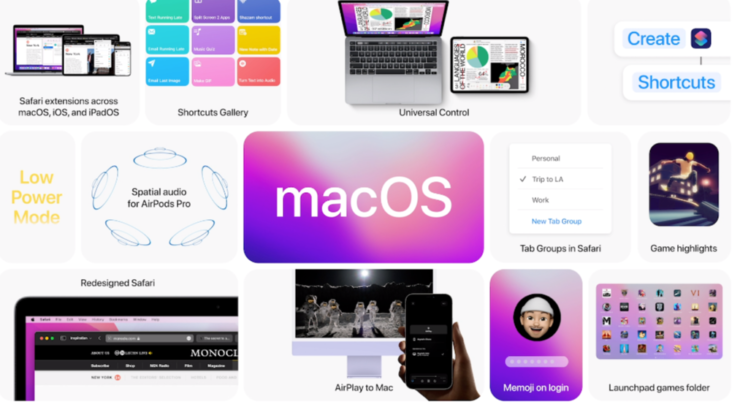 Safari is also undergoing a big change. There is an updated tab bar and support for Tab Groups. FaceTime now supports spatial audio, Portrait Mode on M1 Macs, Voice Isolation, and most importantly, SharePlay. There is also a new dedicated Focus Mode in macOS 12 Monterey beta 3. This will allow you to cut down on background distractions based on what you are doing. Live Text has also made its way to the Mac which can detect text in photos and much more.

In terms of privacy, the Mail Privacy Protection will hide your IP and prevent tracking through invisible pixels. The iCloud Private Relay will work as a VPN in Safari for protected browsing. There is a boatload of new features in the build which you can check out for yourself. We will update you guys as soon as something new is discovered. macOS 12 will be released to the public later this year alongside other updates. The company has also seeded beta 3 of iOS 15 and iPadOS 15 to the public.

Are you looking to install the latest macOS Monterey beta 3 on your Mac? Let us know in the comments.