Apple's products receive more than their fair share of rumours before they are officially announced by the company. Some rumours turn out to be accurate whereas some are just preposterous and downright crazy. It has been a little over three months since Apple released the New iPad and already rumours are circulating that the company may release another iPad this summer. Two iPads in one year is something that has never been done before by Apple. 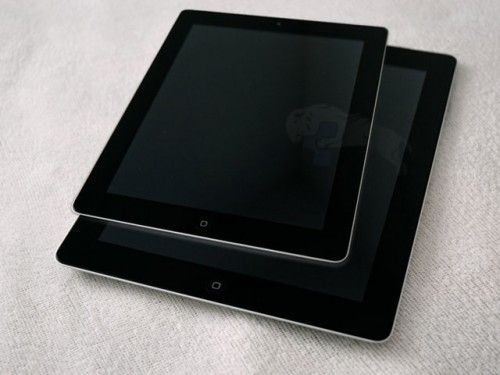 This is just utterly preposterous. However lets just for a moment consider this rumour. According to trade publication Digitimes, which has a massive hit or miss record related to Apple rumours, a new iPad will be released this summer which is going to be thinner than it's predecessor, have a Retina Display manufactured by Sharp and will have more battery life.

While the prospect of two iPads in one year is preposterous, there just might be a shred of truth in this rumour after all. Before the new iPad was announced, it was heavily rumoured that Apple's next iPad will feature Sharp's indium gallium zinc oxide (IGZO) panels. However this could not happen because Sharp's panels were not up to the mark in terms of quality. If Apple had used these panels, the new iPad would have been thinner as well as lighter. The New iPad is marginally thicker and heavier than it's predecessor and it sure has garnered slack for it.

Since we're pondering upon crazy rumours, here's another one. An iPad Mini has been heavily rumoured as well for the past year and a half. This alleged 7-inch tablet is supposed to be Apple's answer to the growing market share of Kindle Fire. It's possible that the device Apple is rumoured to be releasing this summer might be the iPad Mini. This new device can feature IGZO panels and can be thinner and lighter than anyone in it's class, if Sharp has got quality levels up to Apple's mark.

We know Apple is an unpredictable company. These rumours are certainly in no way predictable. We'll only know for sure once Apple makes the official announces. Let's wait and watch.