Apple Ring: Could This Be Cupertino’s Next Big Thing In Wearable Tech?

USPTO published a patent by the name of 'Devices and methods for a ring computing device' on Thursday. The patent clearly shows a ringlike projection that uses various input methods of interaction that we will talk about later on. The patent belongs to Apple who is keen to penetrate the wearable market in the forthcoming years. By the look of it, it seems the Apple Ring will act as a controller for various devices and more. 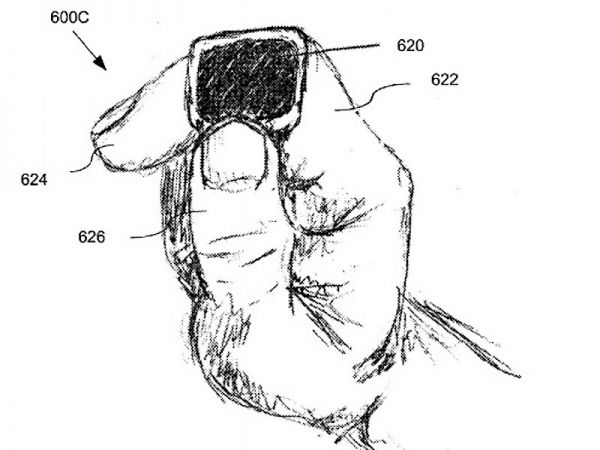 The dubbed, Apple Ring will adhere to features like the company's last launched gadget, the Apple Watch. Since the Apple Ring or iRing will be a computing accessory, it will feature a touch screen, a processor chip, miniscule chargeable battery and a wireless transceiver. Not big as the Apple Watch, the ring is described in the patent as the biggest substitute of the company's present wearable tech.

Apple Ring To Feature Functions Similar To the Apple Watch

The ring will be designed to interact with the thumb while the primary finger to wear it on will be the index finger of both hands. Much like the Apple Watch, the operating results could be pretty much the same or better. According to the patent filings, the Apple Ring could come in at two sizes, rectangular and circular. The former will be bigger in size with a bigger touchscreen. Moreover, the device is also said to feature support for 3D Touch, that have been introduced in Apple's latest addition to the iPhone lineup, the iPhone 6s and 6s Plus. 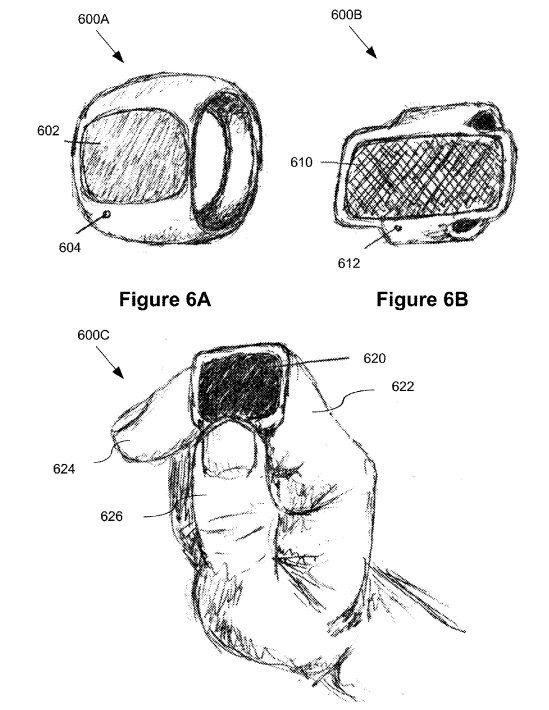 Furthermore, not to judge by the size of the device, there will also be Siri embedded in the software for voice based controls and more. The possible use of the Apple Ring could be to operate Apple devices like the Apple TV, HomeKit, Carplay and more.There are also several wireless features part of the patent filing, showcasing Cellular networks, NFC, Bluetooth and Wi-Fi. Apart from the connectivity implants, the Ring will feature support for tracking heart rate and biometric sensors.

However, one of the features that every user would want would be the Apple Pay via NFC. While NFC is available, users can also pay via Siri commands. All of these features seem quite appealing, the accessory or device is not even close to make its way to the rumor mill. Since Apple files a lot of patents, there are no release times detailed.

As for now, let us know in the comments below how do you guys feel about a computing Apple Ring? Would you guys consider?