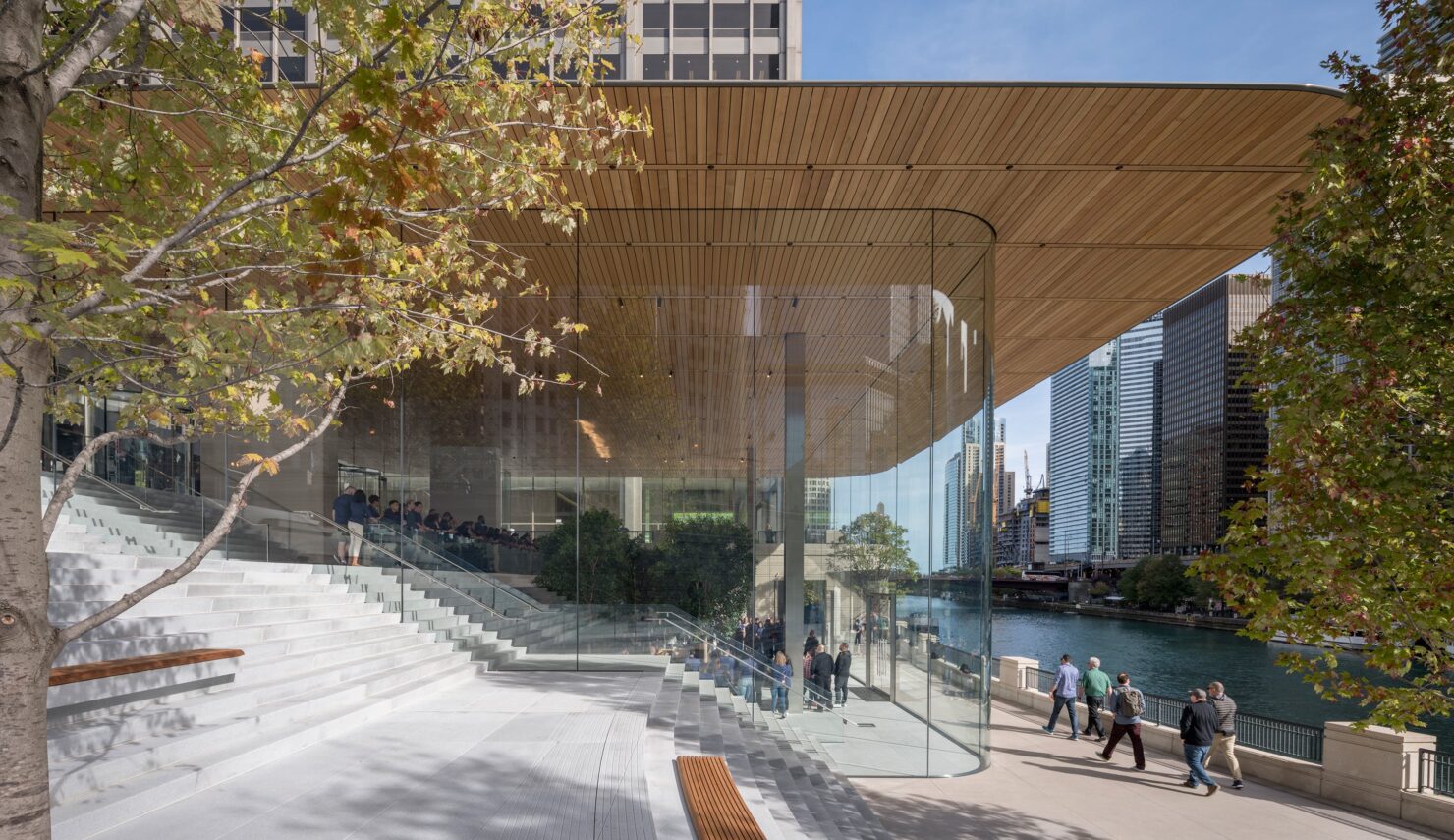 Well, folks, it's judgment day. Apple (NASDAQ:AAPL)'s second-quarter results are out, and they present a mixed picture. The company's sales follow a seasonal cycle, especially as it continues to rely heavily on the iPhone for more than half of its Revenues. This results in a strong Q1 performance, following which, the tech industry starts to predict doom.

Prior to this quarter's earnings, we witnessed a similar environment. Wall Street bathed in blood as analysts continued with their downward revisions based on reports of lackluster iPhone sales. Now that the numbers are out, it's time to separate the wheat from the chaff. Apple's doing pretty well, but not as well as its managers would have liked.

Despite putting everything it had into the iPhone X, Apple has barely managed to cross its units shipped metric for last year's second quarter. However, increased Average Sales Price (ASP) comes to the company's rescue, as despite a slow growth in units shipped, the amount earned by the iPhone still beats Q2 2017 by an impressive margin. Nevertheless, we don't think ASP can bail Cupertino out consistently in the future. Take a look below for all the details.

Last year, Apple chose to launch the $1000 iPhone X, in order to speed things up on a lineup that was slipping out of its hands in terms of innovation and specifications. The majority of the iPhone's gains were under-the-hood, and the company was facing fire from a lot of segments over its inability to upgrade displays and form factor.

So, forced into a corner, Cupertino came out swinging. It jumped ahead of the market with True Depth, bringing secure 3D facial recognition on a smartphone for the first time in mobile history. Soon after, the media was abuzz with hype, especially as Apple made sure its device was available just in the nick of time for holiday purchases.

But, soon the hype began to die and bells began to toll. While a record high ASP of $796 ensured that Apple was able to report record revenues in 2018's first quarter, the seasonal sales decline began to take hold. The iPhone X's massive changes couldn't sustain through and it became clear that the company needed to explore new avenues.

Apple proceeded by finally deciding to take on Google's Chromebooks with a new, cheaper iPad. It also made critical personnel shifts in Apple Music, after the service began to cross a record amount of subscribers. And now, services are the only segment of its portfolio which shows strong growth over the quarter. 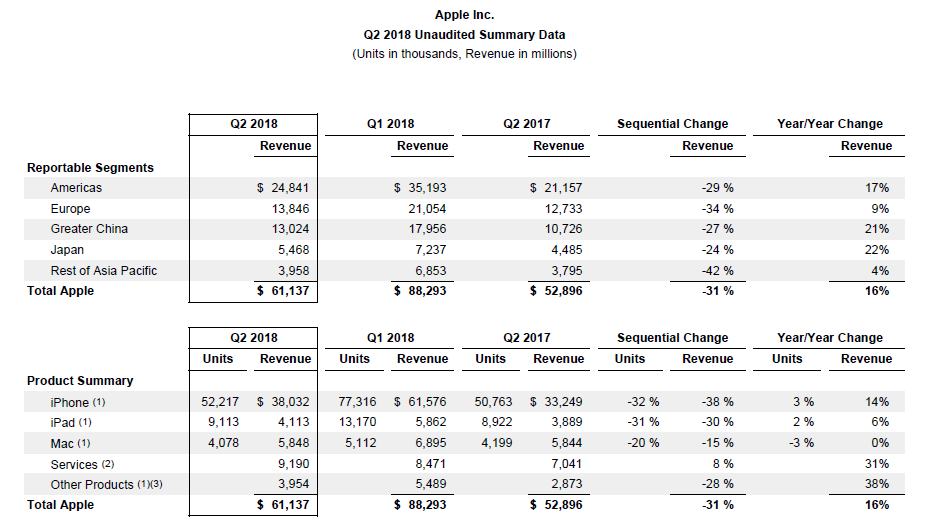 For its second quarter, Apple has reported Sales Revenues of $61.1 Million, a Net Income of $13.8 Billion (after tax) and $2.73 in diluted EPS. Revenue, EPS, and iPhone units shipped beat Thomson Reuters estimates, but the iPhone's slow growth is a worrying sign; for investors who still believe that the company can further milk the lineup and for the company's managers who expected it to vastly outperform last year's shipments.

However, the release isn't all about slowing down sales as Services managed to surprise everyone. It's been clear for some time that Apple (NASDAQ:AAPL)'s future lies in this critical segment, as its user base grows and with it, the potential for monetization. Every product category saw a sequential decline except Services. These, grew by 8% sequentially and an impressive 30.5% YoY. Overall, the company's Revenue fell by 31% over the quarter, led by the aforementioned sharp drop in iPhone ASP.

Finally, Apple also announced a new $100 Billion share repurchase program and announced plans to bring its current one to an end soon. The company also raised Dividends by 16%, in order to keep stock prices up. Its shares are up by 3.99% since the market opened today. According to Chief Financial Officer Luca Maestri, wearables and home products are responsible for a 90% growth in 'Other Products'.

Key Takeaways From The Release: