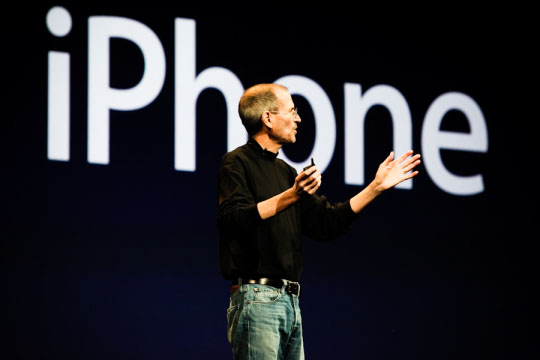 Rest assured all Apple fan boys, Steve Job’s legacy still lives on. Apparently the upcoming Apple iPhone 5 this year had been designed by the Cupertino company head himself and Apple’s Press team is rushing to re assure us all of it being legit. Soon after the unfortunate passing of the CEO last year just after the launch of the iPhone 4S, many feared that Apple’s product line would go back to like it was back in the 1970s.

Bloomberg news said Steve had contributed a major part in the design of the iPhone 5 with it having a larger display that seems still yet unconfirmed. Even in his last days, he was busy in designing a smartphone that would be ‘ahead of its time’ and would take the masses by storm.

Nevertheless, following Apple’s overall design critique, I myself can say that the new iPhone 5 will feature a 3.5 inch IPS retina display with a new build of its iOS mobile operating system namely iOS 6 while packing a better battery, camera, speakers and as well as a more streamlined design.

Should I Wait for iPhone 5S? iPhone 5 vs iPhone 5S