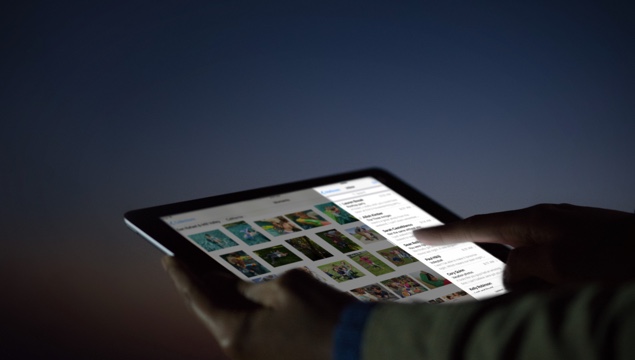 Apple's Night Shift feature made a public debut in iOS 9.3 and now the company is securing its trademark. After three months of release, Apple filed the application in the United States and Hong King that also stated that the feature could make a potential move to macOS, Apple Watch, CarPlay and beyond. Let's dive in to see some more details on the filed application.

The Night Shift feature in iOS is a very appealing feature for all those who tend to use their iPhones in the dark. According to research, the Night Shift will enable users to sleep better at night by shifting the display of your iPhone, iPad, iPod Touch to a much warmer end of spectrum to filter out the blue light. Absorbing too much of this blue light leads users to sleep poorly and may cause other side-effects.

Other than just securing a trademark, Apple also has something else in store for users. As we all know, Night Shift is only available on iOS devices and by the look of it, Apple seems to be working on bring it to other products. In Apple's application filing for China, the company mentioned that the Night Shift feature can also be used for "motor vehicle audio apparatus" like CarPlay devices, "smartwatches, "computer hardware," "television monitors,: and "laptop computers." 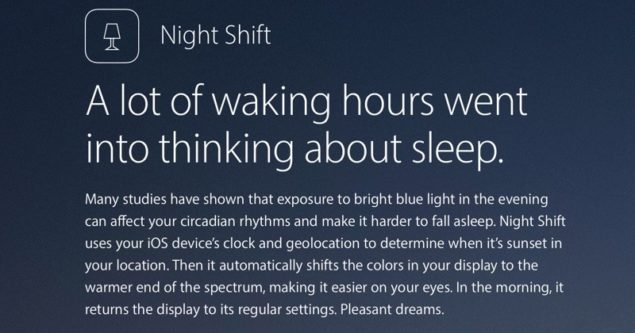 Apple's motives suggest that the Night Shift might be available on each Apple product. However, it does not mention the time period for when it might be available. Other than this, the application also mentions that the technology can also be used in cash registers, fax machines, dog whistles and other dictating machines.

Much of Apple's submission to USPTO uses 'boiler plate' language associated with International Class 009, hence the stupidity of such things as dog whistles and electrified fences. Yet hidden within that glob of devices are those that we can recognize as truly possible and doable over time as we've highlighted above.

Henceforth, we can conclude that Apple's Night Shift feature might not remain exclusive to iOS devices alone. Moreover, it is also unlikely that the feature will only work on “computer software for controlling computer and mobile device display screens”. This will definitely be a welcome change in Apple products and everything that the company is considering to integrate it with.

This is it for now, folks. Do you use the Night Shift feature on your iOS device? Share your thoughts with us in the comments.