According to a freshly published report, Apple is exploring the possibility of producing original TV shows and movies in a bid to compete with well established names within the entertainment industry. 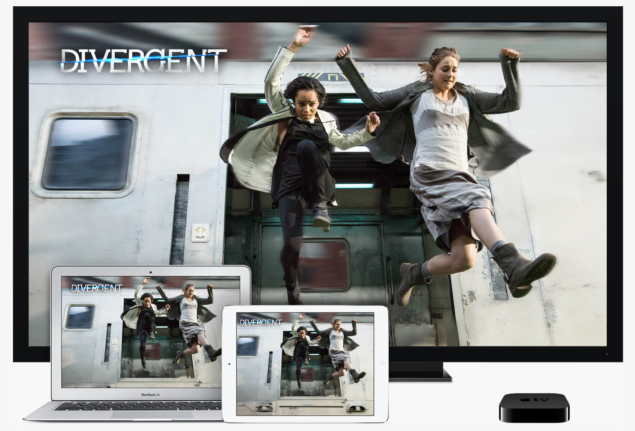 The news comes in from Variety, and they are reporting that Apple is in talks with Hollywood executives with the aim of producing original TV content. But at this point, the talks are in the early stages, and it's believed that Apple is pulling off such a movie in order to compete with the likes of Netflix and Hulu, which are strongly cemented names in a lot of living rooms across the globe.

Going through the source's report, it's very, very unclear if Apple is serious about its plans or whether it's just 'flirting' with the idea. And like we mentioned before, the talks are in their early stages and Cupertino's future plans are rather unknown in this timeframe.

"Sources indicate the Cupertino, Calif. colossus has held preliminary conversations in recent weeks with executives in Hollywood to suss out their interest in spearheading efforts to produce entertainment content. The unit putting out the feelers reports into Eddy Cue, who is Apple’s point man on all content-related matters, from its negotiations with programmers for Apple TV to its recent faceoff with Taylor Swift."

If Apple does go ahead with its plans, it wouldn't be the first time the Cupertino company would be doing such a thing. For instance, Apple has been working in close proximity with artists like Eminem and Drake to produce in-house music videos and are available to view directly on Apple Music, the Cupertino's new found music streaming venture. Therefore it's quite possible that Apple would pull off such a thing again when it comes to TV shows, movies, or maybe both.

It's also likely that Apple's content would be available exclusively to Cupertino's very own fan base. The reason behind that is quite simple - to bait in as many new users as possible towards its blooming ecosystem. A very smart move if Apple is indeed planning in doing such a thing.

It's also rumored that Apple would be launching its Web TV streaming service early next year, which will be available for both the current Apple TV and the upcoming Apple TV 4. It's quite possible Apple is in talks with Hollywood executives for this very Web TV venture.

And of course, that's all just speculation.

Stay tuned, as we will bring our readers more updates as they unfold.