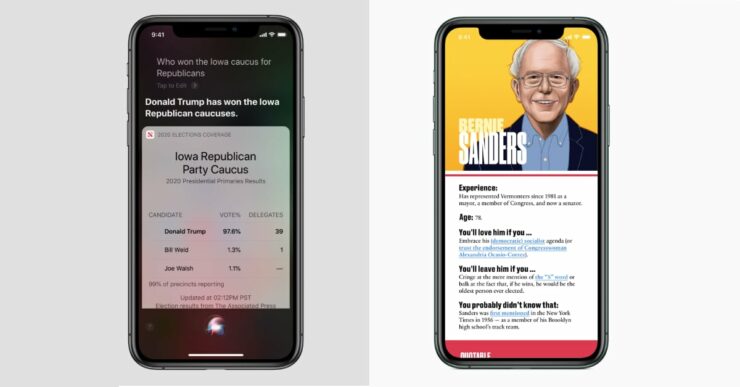 Apple is introducing a number of updates to Apple News and Siri to help provide the latest 2020 US election news and realtime coverage by curating data from a variety of trusted news sources.

Apple News app will be providing special coverage for the 2020 United States presidential elections. The Apple News team will be curating information for a number of trusted sources, which include:

A new section in the Apple News app will show the latest headlines related to 2020 elections. The coverage will contain special features and resources, along with viewpoints from all sides competing in the elections. Apple News will show live elections data from each state primary, with a map to provide easy tracking and details of competing candidates. Guides to each party's stance on issues like foreign policy, health, education and other topics will also be included in the news app to help voters make the right decisions. 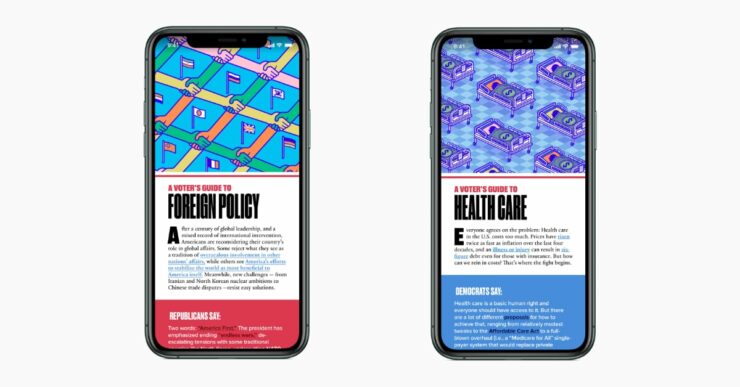 Each presidential candidate is also getting a profile page in the News app, with a detailed biography and nice artwork. 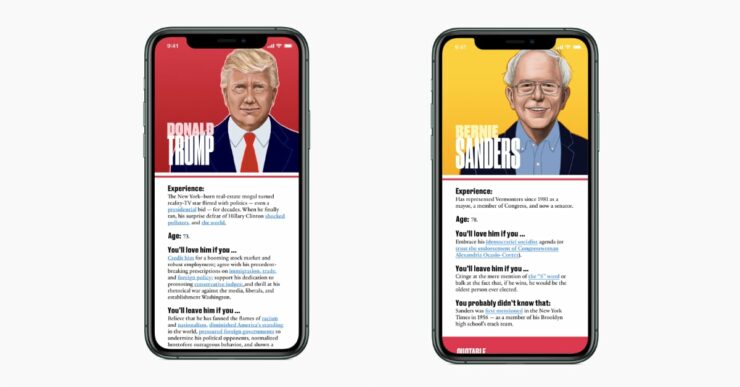 Apple has also partnered with ABC News to live-stream video content. Debates will also be live streamed from the Apple TV app on Apple TV, iPhone, iPad, iPod touch, Mac and compatible smart TVs from Samsung and LG, as well as Amazon Fire TV and Roku.

Siri will now answer when you ask questions related to U.S. elections such as who's winning in the primaries or how many votes did a candidate from a specific caucus. The results will not only be spoken out by Siri, but also presented in a nice format with information visually laid out in a table. All results will link to Apple News, which will provide up to date coverage of different candidates and their rankings. 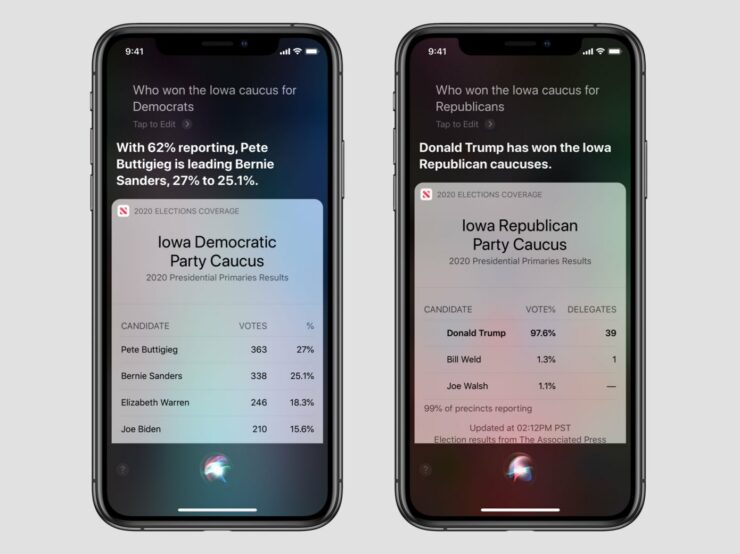 At the time of writing, election coverage was not available to all Siri users. Apple seems to be rolling it out gradually. Election coverage in Siri and Apple News will be available on iOS, iPad and macOS. Make sure that you are on iOS 13.3, iPadOS 13.3 or macOS 10.15.2 to be able to access the election coverage, as Apple has somehow linked it to the latest software updates.