Apple might be working on Music & TV apps for Windows, as per job listing 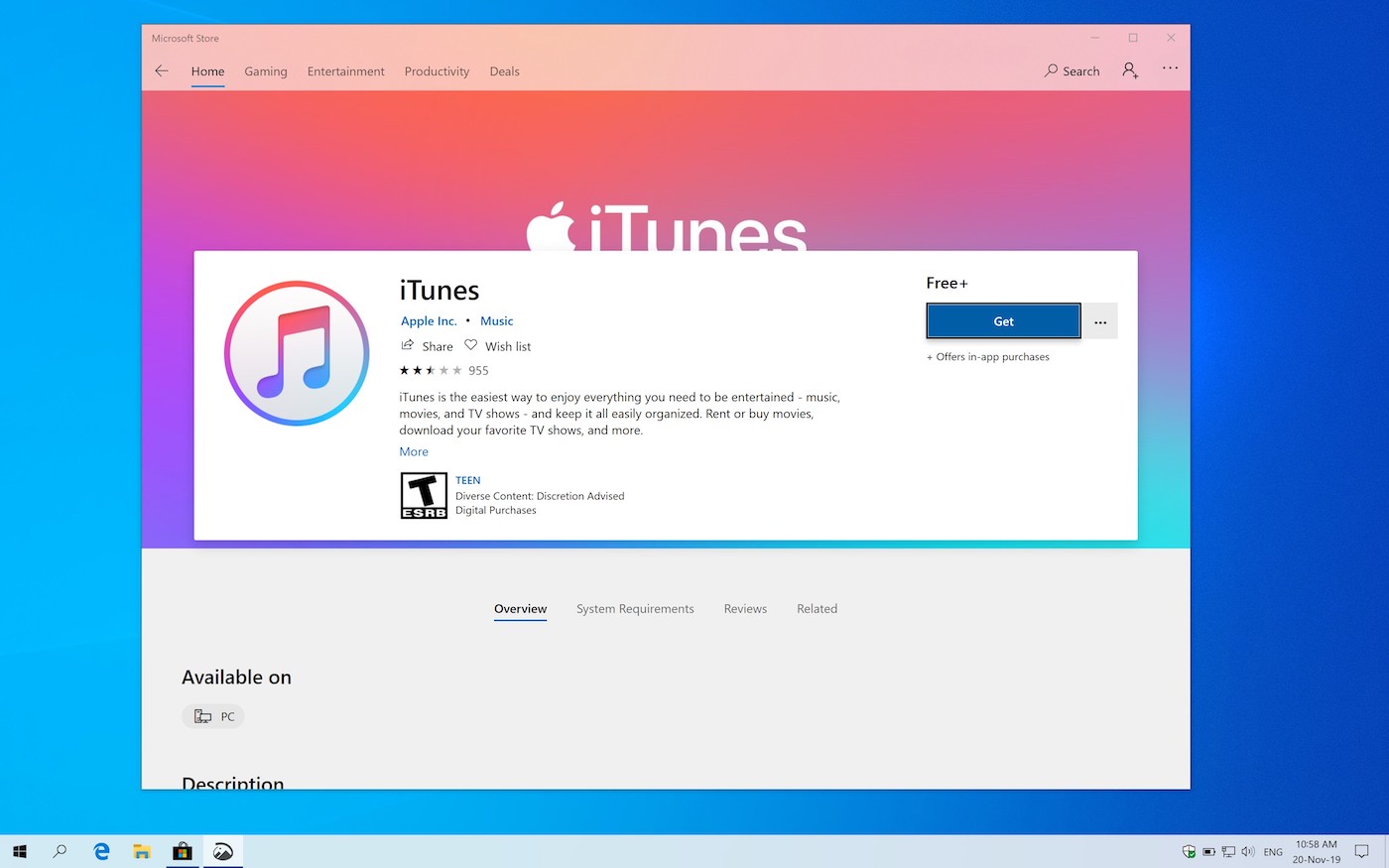 Apple is working on a new generation of media apps for Windows, as per a new job listing on LinkedIn. Even though Apple has killed off iTunes, and replaced it with Music, Podcasts and TV apps, the old iTunes app still exists on Windows.

iTunes is the most popular free app on the Microsoft Store for Windows, despite its low rating. Users use iTunes regularly for Apple Music, iPhone and iPad syncing, and Movies and TV show purchases. For now, Windows users have to use a browser to stream Apple TV+ content, which means that they do not get the best-in-class experience that iOS, iPadOS and macOS users get. Dependency on the Apple TV+ website also means that users cannot download content to watch offline.

The Media Apps team is looking for a creative Senior Software Engineer to work on the next generation of media apps for Windows. You will help build innovative features that will delight millions of customers around the world.

In the job description, Apple specifies that UWP (Universal Windows Platform) experience is a big plus. This is interesting as Microsoft has not been focusing on UWP for some time now, which pushed some users to even consider it dead. At such a time, if Apple is looking to build media apps like TV or Music based on UWP, it means that they would want to bring the apps to Xbox as well. From the list of popular platforms that Apple has released its TV app on, gaming consoles like Xbox and PlayStation have been obvious omissions.

Until Apple releases new media apps for Windows, users will have to rely on tv.apple.com to stream Apple TV+ content.