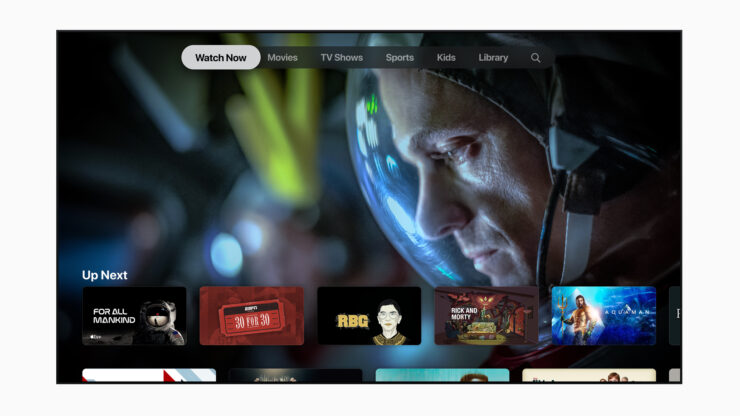 Apple TV+ is the newest streaming service on the block to give competition to Netflix. While Apple TV+ lags content, compared to existing and upcoming competitors, it tries to make up by streaming better quality 4K video.

According to Rasmus Larsen from FlatpanelsHD, Apple TV+ streams 4K video at a higher average bitrate than Netflix. He ran some tests on different TV shows and movies offered by the service and shared the below results:

As noted by Larsen, the usage of 4K and Dolby Vision for even a cartoon is very impressive, and that's why Snoopy in Space video has almost as much bitrate as many Netflix 4K video streams. Netflix streams can hit a peak bitrate of only 16 Mbps for 4K streams. Hulu is in the same boat as Netflix and maxes out at 16 Mbps for 4K video.

The average bitrate for HD Blu-ray is usually 20 Mbps but it can vary based on the content.

Apple TV+ was launched on November 1, for a price of $4.99/month with a number of original content from Apple. The service can be used on TVs from Sony, Samsung, LG as well as Fire TV, iPhone, iPad, iPod touch, Mac and Apple TV. Users can also stream Apple TV+ content from the browser by going to tv.apple.com. For now, there is a very limited amount of content available on the service, however, Apple has already announced that more TV shows and movies are on the way.

If you buy a new Apple product (iOS, iPadOS or macOS), you can also get a free 1-year Apple TV+ subscription. Whether you get the free subscription or pay $4.99/month, the subscription can be used with a family sharing account as well with up to 6 people