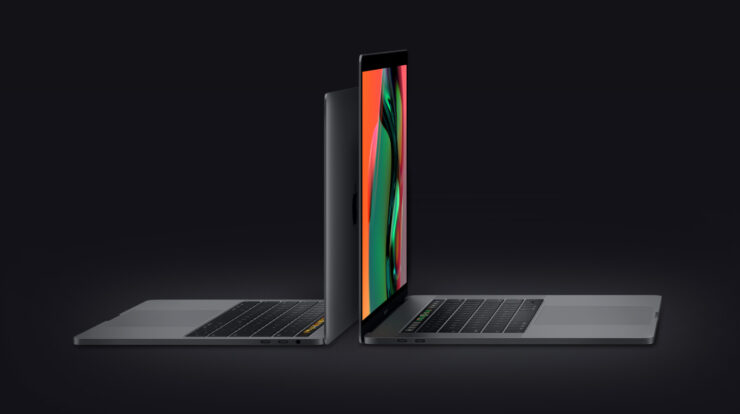 With the launch of its MacBook Pro 2019, Apple also introduced the most powerful Mac notebook in the form of its 15-inch variant and it’s offered at the same price as when the company launched its predecessor bearing Intel’s 8th generation processors. The 13-inch model has also been updated, and we’ll be comparing their specifications here in the utmost detail.

Smaller MacBook Pro 2019 Is Limited to a Quad-Core Processor, With Other Differences Too

On the outside, it doesn’t appear from any angle that Apple made some groundbreaking design changes. Perhaps we’ll have to wait for the 16-inch model to arrive in 2021 to get to see a face change. No, the design has remained the same, with Apple maintaining a 13.3-inch 2560 x 1600 pixels display on the smaller MacBook Pro, and a 15.4-inch 2880 x 1800 pixels display on the larger model. Both machines have a brightness of 500 nits, though Apple has not mentioned if this is the level you’ll experience during normal workloads, or if this is peak brightness.

Regardless, both displays use LED backlit technology, similar to what Apple’s previously launched iterations have been shipped with. Both models also support the P3 wide color gamut, as well as True Tone technology, a feature which adjusts the color temperature depending on the surrounding light. Just like the 2016, 2017, and 2018 models, both versions come with Apple’s Touch Bar, and if you thought there was a way around to purchase any of these machines without the Touch Bar, that’s not an option anymore. You can opt to get the 13-inch MacBook Pro without a Touch Bar, but it ships with older hardware, which is an unattractive prospect for someone who wants to purchase a premium notebook.

The Differences in Processors, Cores, RAM Count, GPU and Storage

While the performance of the 13-inch MacBook Pro can’t be ignored ever since Apple gravitated to the quad-core family for smaller notebooks (with the exception of the 12-inch MacBook and MacBook Air), it doesn’t stand a chance against its larger 15-inch brother. Apple has given its larger MacBook Pro preference in terms of powerful internals and upgradability, even though you’ll have to cough up a significant amount of money for it. Let us start with the processors. For the 13-inch MacBook Pro, no model is offered with Intel’s 9th-generation Core processors; these are limited to Intel’s 8th-generation family. That’s not a bad thing since there’s a negligible real-world performance difference that you’ll witness.

Surprisingly, when we attempted to search for the 2.40GHz Core i5 quad-core 8th-generation processor on Intel’s website but were unable to isolate the official model number. It could be that this version hasn’t landed on Intel’s website, suggesting that it’s a new product added to Intel’s SKU line. In any case, we’ll keep you updated. If you selected the 2.80GHz Core i7 quad-core 8th-generation processor, even this chip wasn’t listed on the site.

For the 15-inch MacBook Pro, we were more fortunate to have tied down those models, simply because Intel has launched them before. For the base version, which features a 2.60GHz Core i7 hexa-core 9th-generation processor, that model was i7-9750H. The base clock speed of the i7-9750H and i7-9750HF are identical, but the former gets support for Intel’s UHD Graphics 630 iGPU, which is also running in the 15-inch notebook.

As for the octa-core processor, that’s the Core i9-9980HK, and features an unlocked multiplier, denoted by the letter ‘K’, though we highly doubt Apple has granted the user the option to overclock this chip while using the notebook. When it comes to RAM, the 13-inch MacBook Pro is limited to 16GB and is outfitted with the slower, yet more efficient LPDDR3 2133MHz memory. As for the 15-inch models, you have the option to upgrade to 32GB DDR4 2400MHz. When Apple launched its 2016 MacBook Pro family, even the 15-inch models were limited to 16GB RAM, and Phil Schiller said that it was done to conserve battery life.

Buy the 2021 iPad Pro From the U.S. If You Want the Cheapest Deal; Avoid Brazil at All Costs

Digging deeper, the RAM type used in the older models was LPDDR3, which consume less power, but this standard is only limited to 16GB of memory in a system, or in this case, a notebook. At the time, the 15-inch MacBook Pro featured a 76W/hr battery, but with 32GB DDR4 RAM support, the current MacBook Pro features a slightly beefier 83.6W/hr cell, which will mitigate the power-hungry attributes of the DDR4 standard.

For the storage, the smaller MacBook Pro is limited to 2TB of PCIe NVMe storage, while the bigger machine can be configured to tout a whopping 4TB of local storage. Smaller denominations are available for both models, but if you’re a content creator, video editor, or anyone that requires speedy storage in abundance, the 15-inch model’s processing superiority paired with ample amounts of storage will come in handy.

Of course, there’s a price to pay for all of this, and with the 13-inch (starts from $1,799) and 15-inch (starts from $2,399) MacBook Pro variants having a $600 difference for their respective base models, it’s obvious what the bigger notebook is offering.