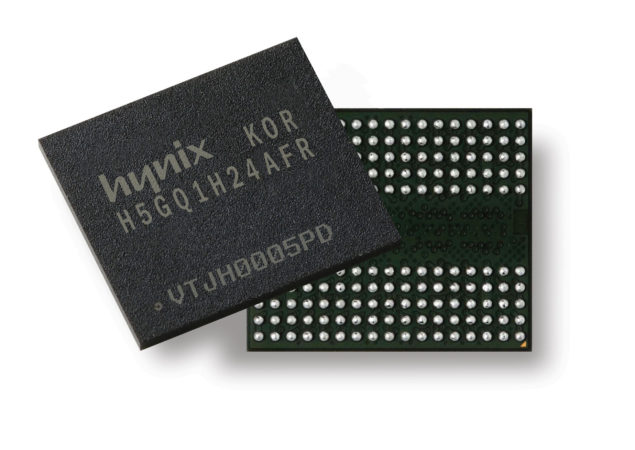 According to a report from Theinquirer, AMD is planning to equip their upcoming CPUs with GDDR memory as prices fall down on the memory chips.

It was already reported that AMD could be preparing a cut down version of the Jaguar APU that was featured on the PlayStation 4. Not the difference between the regular APUs and the PS4 version of the APU was that it is said to use 8 GB of GDDR5 memory which would be shared across the system and GPU Vram. A few days later after that report, it was leaked through an internal AMD document that the company might actually be preparing their Kaveri line of APUs for the use of either GDDR5 "Unified Memory" architecture or DDR4.

"Everybody is looking to use that extra speed memory in combination with the lower cost memory, just like you do with all memory tiers. It's a new tier of memory. A long time ago in HPC you always wanted to have static RAM right next to the processors and the DRAM far away and we're back to that situation again."

Its known that the GDDR and DDR4 memory types offer high bandwidth ranges to the APU. The CPU part may not benefit from the extra bandwidth much but the memory starved GPU core located on that APU definitely could make use of the extra bandwidth. AMD has been equipping their APUs with high performance IGPs since some time now which almost reach the performance level of entry level discrete parts, furthermore they can be Crossfire'd with discrete graphics solution for more performance. However, due to lower bandwidth of DDR3 memory, these chips are starved out.

"Everyone's been using conventional DRAM because if you walked even a tiny bit away from conventional DRAM the price went up by a factor of 100, but who broke the back of that problem was the video gamers, because they are demanding this stuff by the millions of parts and they are engineered for a reasonable price.

"They are still more expensive, but it's not crazy expensive so for all the applications that are so memory bound that if you make the memory five times faster they will run at least four times faster, there's a lot of people that will pay for that."

As said, the GDDR memory prices are going down giving AMD the choice to equip their upcoming APUs with the new memory type before moving into higher performance DDR4 memory. John Gustafson, chief graphics product architect at AMD also told that both AMD and NVIDIA are facing a common problem at the moment and that has to due with limited amount of bandwidth. AMD is addressing this issue on the APUs first by going with GDDR memory chips while its a possibility that DDR memory would also be used along side the soldered GDDR chips since higher capacity memory like found on the 6 GB and 8 GB cards is expensive so we would be looking at either 2-4 GB on the early designs.

As far as AMDs GPUs are concerned, we don't know how the company would solve the bandwidth problems on then but NVIDIA during their GTC 2013 conference did announce a roadmap showcasing that their upcoming Maxwell GPUs would feature a Unified memory architecture while the successor "Volta" GPU would address memory bandwidth issue by soldering stacked DRAM on the GPU die itself.