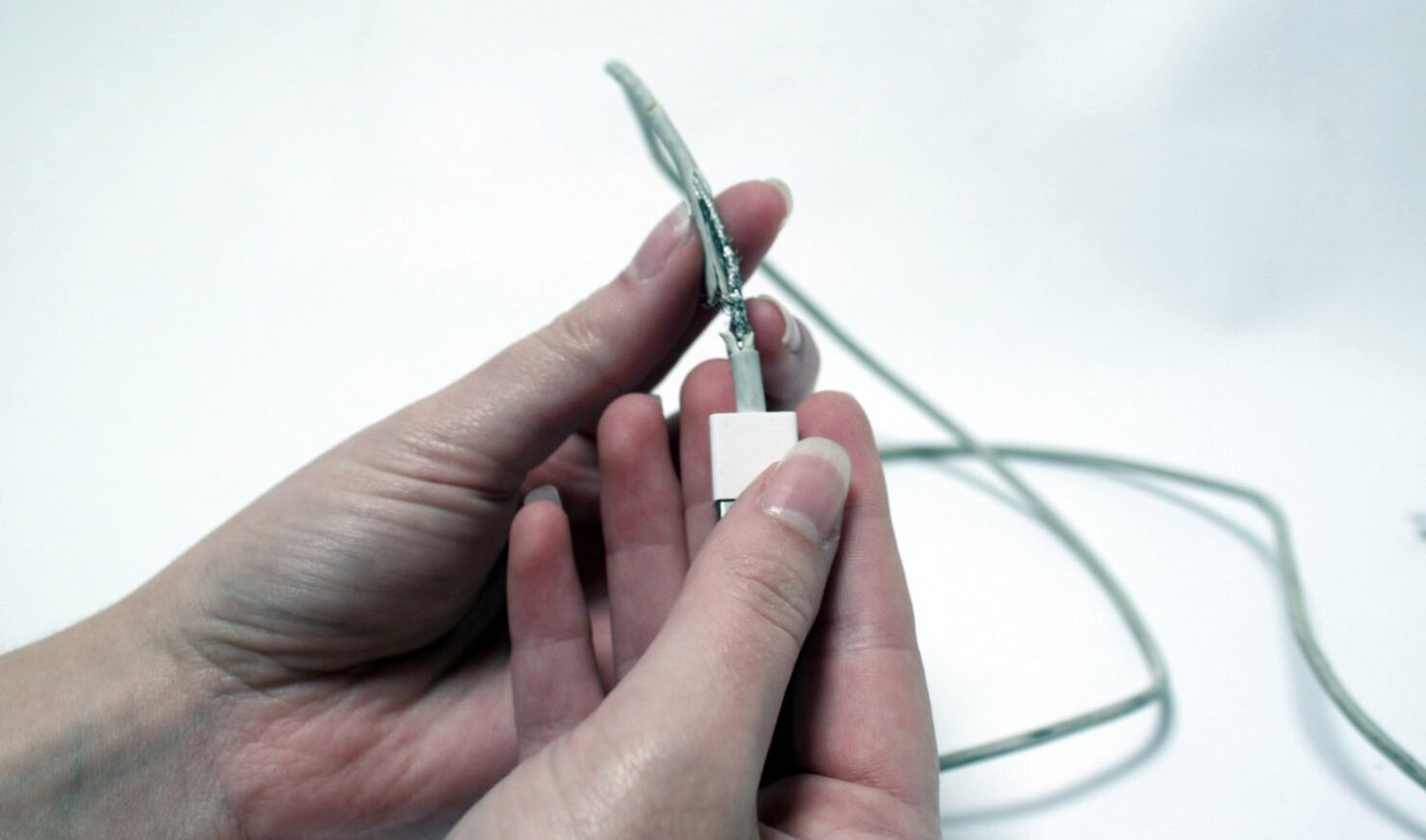 Ever had a Lightning cable that got frayed in a couple of months? You’re definitely not alone in this regard, as a frayed Lightning cable is commonplace for consumers who purchase an iPhone, iPad, or standalone accessory. While you have the option to purchase third-party braided Lightning cables and getting an extra layer of durability, getting the same from Apple is just another feeling entirely. Well, there might be something positive for customers looking to purchase Lightning cables in the future, assuming the technology giant goes through with it.

According to a patent filing, Apple plans on increasing the cable thickness to increase its lifespan. However, that isn’t going to be sufficient to extend its longevity. Apple has highlighted the weakness of its current solution below and has proposed an improvement.

“The stiff material creates a localized increase in the bending resistance of the cable, thereby relieving strain on the wire connections. In addition to making the cable locally stiffer, the strain relief sleeve also makes the cable thicker at the ends. In some instances, the added thickness may not be desired.”

Apple’s new solution is built on the idea of ‘strain relief’ as well as the extra thickening of cables. In the patent application, the following description is provided.

“A cable can include a cable core surrounded by an outer sleeve having a uniform thickness.”

Apple did introduce thicker cables before that were resilient to wear and tear over time. The only problem was these didn’t fit into iPhone stands and cases. With the latest idea, Apple aims to use a cable sleeve with stiffness variations at different distances. It may also introduce a higher bending tolerance towards the cable's ends, where the Lighting port is. It’s possible Apple pursues these re-engineered accessories in an attempt to reduce electronic waste caused by frayed Lightning cables.

After all, if it can remove the power adapter from its iPhone series to market its realization of environment conservation, it can also provide some beefier cables to the public. Also, keep in mind that Apple hasn’t included the term ‘Lightning’ anywhere in the filing, but since its biggest revenue-generating segment, the iPhone lineup continues to use this port, it’s a prudent step forward to improve those accessories.

Also, for those wondering why Apple would improve its Lightning cables if it’s rumored to remove the charging port from the iPhone 13 series, it can also mean future USB-C cables are improved in the same manner. We’ll just have to see if Apple goes through with this or not.