Apple Is Reopening 100 Retail Stores in the United States 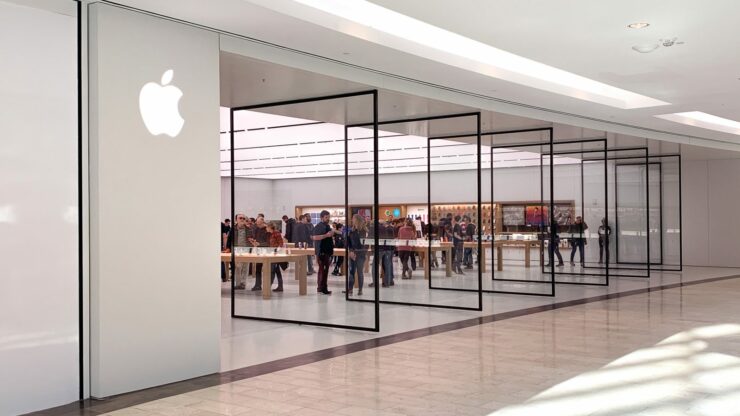 The stores will operate under new health check requirements and some restrictions. Customers will be required to wear a mask to enter an Apple Store. Those who do not have a mask will be provided one from the company. Customers will also have their temperatures checked. There will be a limit on the number of customers that can be in the store at a time, to ensure that social distancing measures can be followed. This means that customers should expect queues and waiting lines at the stores.

Most of these stores will support curbside pickup, however, some will have walk-in service. Users who were waiting for their local Apple Store to re-open so they can pick up their repaired Apple product will now be able to do so. However, if you plan to visit an Apple Store near you, make sure to check online first.

Customers in Apple Stores will be allowed to touch the products and try them as normal, thanks to deep cleaning measures in place.

In March, Apple had announced the closure of all retail stores around the globe, excluding Greater China, until March 27. Despite the closure, the online Apple Store and Apple Support continued to function as normal.

Apple retail chief Deirdre O’Brien wrote a letter to customers a few days ago, in which he mentioned the company’s measures to ensure customer and employee safety in its retail stores.

We’re also taking some additional steps in most places. Face coverings will be required for all of our teams and customers, and we will provide them to customers who don’t bring their own. Temperature checks will be conducted at the door, and posted health questions will screen for those with symptoms — like cough or fever — or who have had recent exposure to someone infected with COVID‑19. Throughout the day, we're conducting enhanced deep cleanings that place special emphasis on all surfaces, display products, and highly trafficked areas.

We’ve also taken this time to consider how we can serve our customers’ needs even more effectively, whether online or in our stores. For many stores, that will mean curb‑side pick‑up and drop off. If you choose to buy online, we can ship to your home or make your new items available for convenient pick‑up at our stores. And you can continue to find the same excellent standard of customer service and support online and over the phone to help you with any questions you might have.