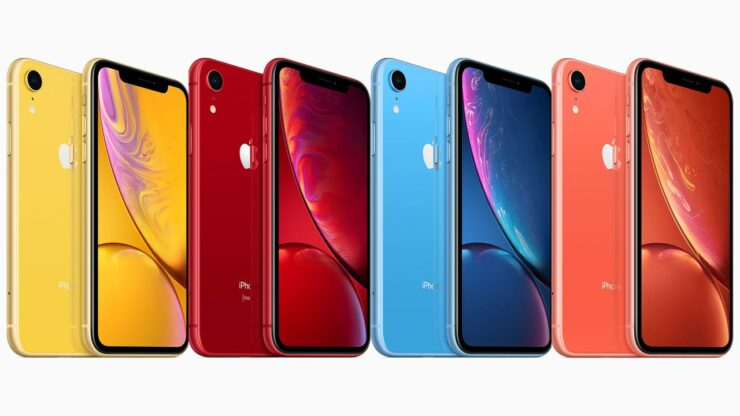 Apple’s cheapest smartphone offering for 2018 is the iPhone XR and is available in a total of six colors, most likely to attract more customers who display an affinity for handsets with unique finishes. This year, according to a fresh rumor, Apple is expected to retain the number of color models for the iPhone XR successor, but there is going to be a small change on how they appear. Apple’s iPhone sales have been dropping and perhaps a change in the way the company provides some color options coupled with improved hardware upgrades might be the recipe the California-based giant needs to propel its sales.

According to Japanese blog Mac Otakara, the iPhone XR successor, which we’ll refer to as the iPhone XR 2019 for now, has been rumored to be offered in the same number of color models, that is 6, but with a minuscule change. Instead of the Coral and Blue offerings that Apple provides with its iPhone XR, its successor could be offered in the Green and Lavender flavors.

The remaining colors, which comprise up of Black, Yellow, (PRODUCT)RED, and White are expected to be introduced with the arrival of the new handset. There’s no telling how many colors Apple will launch when it unveils the iPhone XS and iPhone XS Max successor, but for now, we’ll stick to three, just like the 2018 versions. However, Mac Otakara mentions that the more premium models might have dedicated silicone cases that might be offered in the colors Black, White, (PRODUCT)RED, and others in order to provide users with the unique finish when owners strap the accessory onto their new devices for the first time.

In addition to the change in colors, the iPhone XR is expected to come with various upgrades. This will naturally include the more powerful A13 chipset, which TSMC has reportedly commenced mass production of. The silicon is expected to be made using TSMC’s more advanced 7nm N7 Pro process and fabricated using EUV technology. The iPhone XR successor has also been rumored to feature a 4x4 MIMO design in order to improve faster data speeds, along with Wi-Fi 6 support for improved wireless networking performance.

According to leaked 3D renders of the only LCD iPhone said to arrive this year, the handset will have a dual-camera setup at the back, with the secondary lens allowing for optical zoom support. We also believe faster Face ID will arrive for the upcoming models, followed by support for reverse wireless charging for topping up accessories like Apple’s AirPods. As always, take this information with a pinch of salt, until we have more evidence that Apple will launch the iPhone XR 2019 in the aforementioned colors.

With a unique set of variants rumored to arrive later this year, Apple will most likely attempt to pin its hopes on the cheaper iPhone to accumulate more sales than the premium models, and we’d like to know which one would you like to buy, so tell us your thoughts down in the comments.