Here are camera samples from iPhone SE's rear 12-megapixel iSight shooter. The complete gallery can be found at the foot of this post. 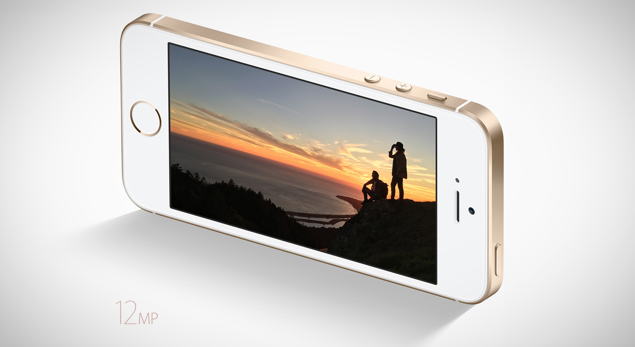 The iPhone SE is a big surprise in a very small package. For starters, the new smartphone packs an insane amount of punch in terms of raw power, with the powerful A9 chip ticking things over, making it the powerful 4-inch smartphone in the world. And on the camera front, the iPhone SE is no exception either, packing in a 12-megapixel camera, same as that on the iPhone 6s, with the ability to shoot 4K videos and snapping Live Photos on the go.

But how good is that 12-megapixel camera? While the iPhone SE won't be in our hands for a good few days, but Apple has blessed us all with official image samples that can be found on their website. And for your convenience we've added them here so you can take a look for yourself what you can expect from Cupertino's new 4-inch iPhone.

While the images won't be able to compete and compare with a high-end DSLR or a dedicated point and shoot camera, but it's safe to say that the iPhone SE packs a fairly capable 12-megapixel module to up your photography game. In fact, we'll go on a limb to say that the iPhone SE has the best camera we've seen on a smartphone of this size. We could be proven wrong in the coming days since the tech space is always in a race to steal the limelight at any given chance.

Apart from the amazing iSight camera, the forward facing (selfie) camera has gotten a spec bump as well. And apart from being able to shoot better photos, the iPhone SE has graced another feature from the iPhone 6s - the ability to use the display as a flash for the forward facing camera. So yes, you can rest assured that your selfie game will be up to speed as well.

If you were looking for a better camera in a smartphone with a small form factor, then the iPhone SE is your best bet at the moment. With a price tag of just $399, it's a beast of a smartphone which packs some serious muscle under the hood. Do let us know in the comments section what you think of Cupertino's new minuscule iPhone.