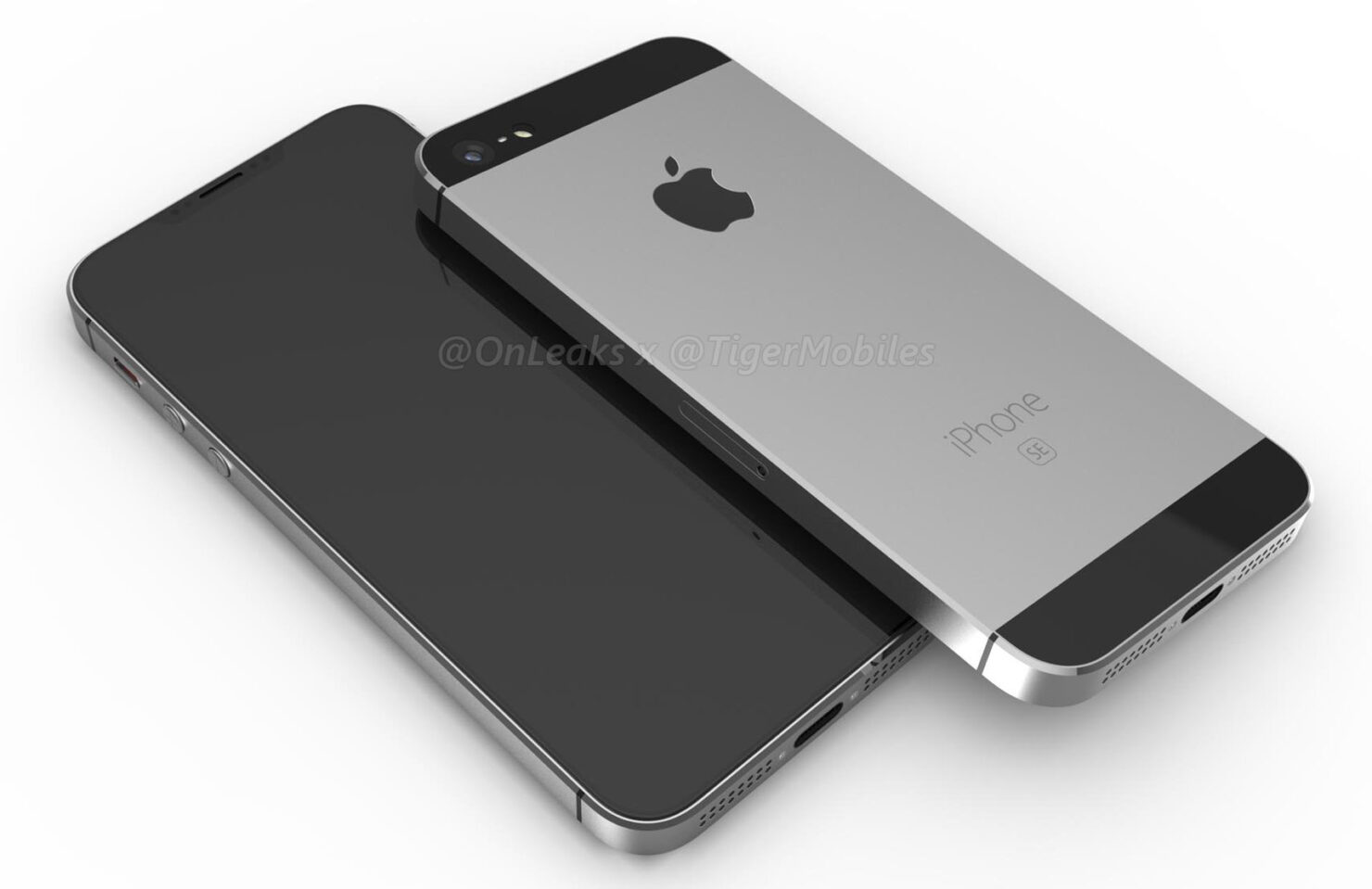 After a brief pause, the rumor mill is back with more details for Apple's iPhone SE 2. While we've taken these leaks with more than the mandatory grain of salt, today's source makes us reconsider. Apple's current approach with the iPhone portfolio delegates older devices to middle-tier categories, for consumers looking to get an iPhone at a reasonable price. Keeping this in mind, the current talk for an iPhone SE 2 doesn't appear as very convincing. However, today, we've got a fresh leak for the smartphone from a very old and reliable source. Take a look below for more details.

Latest Renders For The Apple iPhone SE 2 Show A Mix Of Old And New; Device Features A Button Free Display But Carries A Similar Rear Design As Its Predecessor

At the moment, unofficial sources remain completely divided on the iPhone SE 2. Some folks go as far as to claim that the smartphone will feature FaceID via a True Depth camera setup. Others believe that Apple will maintain the current iPhone SE's form factor and only remove the 3.5mm earphone jack to open space up for more components.

Both of these sound highly improbable. Let's start off with the first claim. It took Apple years to develop a True Deth camera setup capable of supporting secure 3D facial recognition. Not only was calibrating this setup for the current iPhone's screen hard enough, such an expensive technology defeats the purpose of an iPhone SE 2, which is a smartphone purportedly aimed to target middle to lower end customers.

The second claim of Apple preserving iPhone SE's form factor in 2018 sounds a bit more realistic but is equally outlandish. Why would Cupertino deliberately drive down value for the iPhone 7/ iPhone 7 Plus by introducing the A10 in a years-old form factor? Such a move will also chip away at the company's hard-won Average Sales Price (ASP) gains.

Latest iPhone SE 2 Drawings Add More Confusion Than Clarity; Depict A More Realistic Expectation From The Device But Come With A Disclaimer

Before we get into the details for today's renders, it's relevant to discuss their source. Onleaks is one of the oldest 'leakers' around and has covered the iPhone for a long, long time. Today, he's shared renders of the iPhone SE 2 based on alleged CAD drawings. However, for perhaps the first time in his career, even Steve isn't sure whether these represent the real deal.

That being said, the ten iPhone SE 2 images that he has shared depict a more realistic approach for the smartphone. While Apple keeps the iPhone 5s' form at the back, at the front it switches to a button-free display. Zoom in at the top and you'll see a cutout which is more aesthetically pleasing than the iPhone X's.

This point alone brings us back to the question. Will Apple bring True Depth to a smaller, cheaper iPhone? Common sense (and company's previous decisions) suggest otherwise. But, the leaks consistently point us in a completely different direction. The cutout in these images is smaller than what you'd expect as well, so take them with a grain of salt and let us know what you think in the comments section below.