Apple Is Actively Pursuing A Foldable iPhone, And Testing Displays

While we talk about moving towards 5nm processors, Samsung,  Huawei and Xiaomi are busy experimenting with foldable smartphones. Out of the three, it's Samsung who has launched the first working model of such a gadget. Save for the screen, the Korean tech giant's gadget is finely built, and exhibits the finish and look of a top-of-the-line smartphone. Apple, as usual, has kept silent on the matter. Now, we're hearing whispers from the supply chain suggest that the company is experimenting with the form factor. Take a look below for more details.

Apple Has Tested Folding Displays From Samsung And BOE, With Latter's Product Being Superior; Company Is Working On Making iOS Compatible On A Compact Display

While Samsung has designed other parts of the Galaxy Fold elegantly, the Korean tech giant has failed to work around the problem of making a single display panel work across two chassis, resulting in inconsistent display performance. Still,  the Galaxy Fold surpasses other gadgets (including the iPhone) in aesthetics. For an unfinished design, its performance is quite solid, and Samsung will narrow out the kinks as time progresses.

With that being said, today's supply chain report talks about Apple's interest in the foldable form factor. As opposed to Samsung, Huawei's Mate X does not use a panel from South Korea. Instead, the gadget features a display from BOE technology group in China. BOE's 30%  production yield is one-third of Samsung's, therefore the Huawei Mate X will encounter production problems, and the company will initially ship 300,000 units. 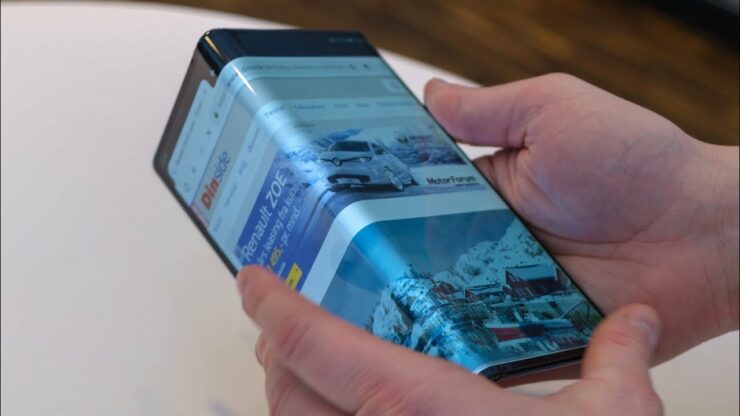 Apple has tested displays from both BOE and Samsung, and BOE's solution is more durable. However, the Chinese company lacks in manufacturing prowess due to the aforementioned yield problems. Additionally, Apple is also developing iOS specifically for a foldable form factor, and the development process will take time. Launching new features in the high-end gadget market is a concern that CEO Tim Cook is actively dealing with, and a foldable form factor might prove to be the big change we're all hoping for.

However, if Apple is too slow, then Samsung (or Huawei) will have wooed the early adopters with the Mate X and the Galaxy Fold. If this happens, then Apple will have to rely again on its established iOS community to purchase the potential future foldable iPhone; a community that refuses to upgrade from older iPhones. Not to mention that the price tag for the device will probably exceed $1500.

Yet, if it launched the gadget with a 5nm processor in 2020 or 2021, then Apple will have had plenty of time to perfect the iPhone Fold. Thoughts? Let us know what you think in the comment section below and stay tuned. We'll keep you updated on the latest.