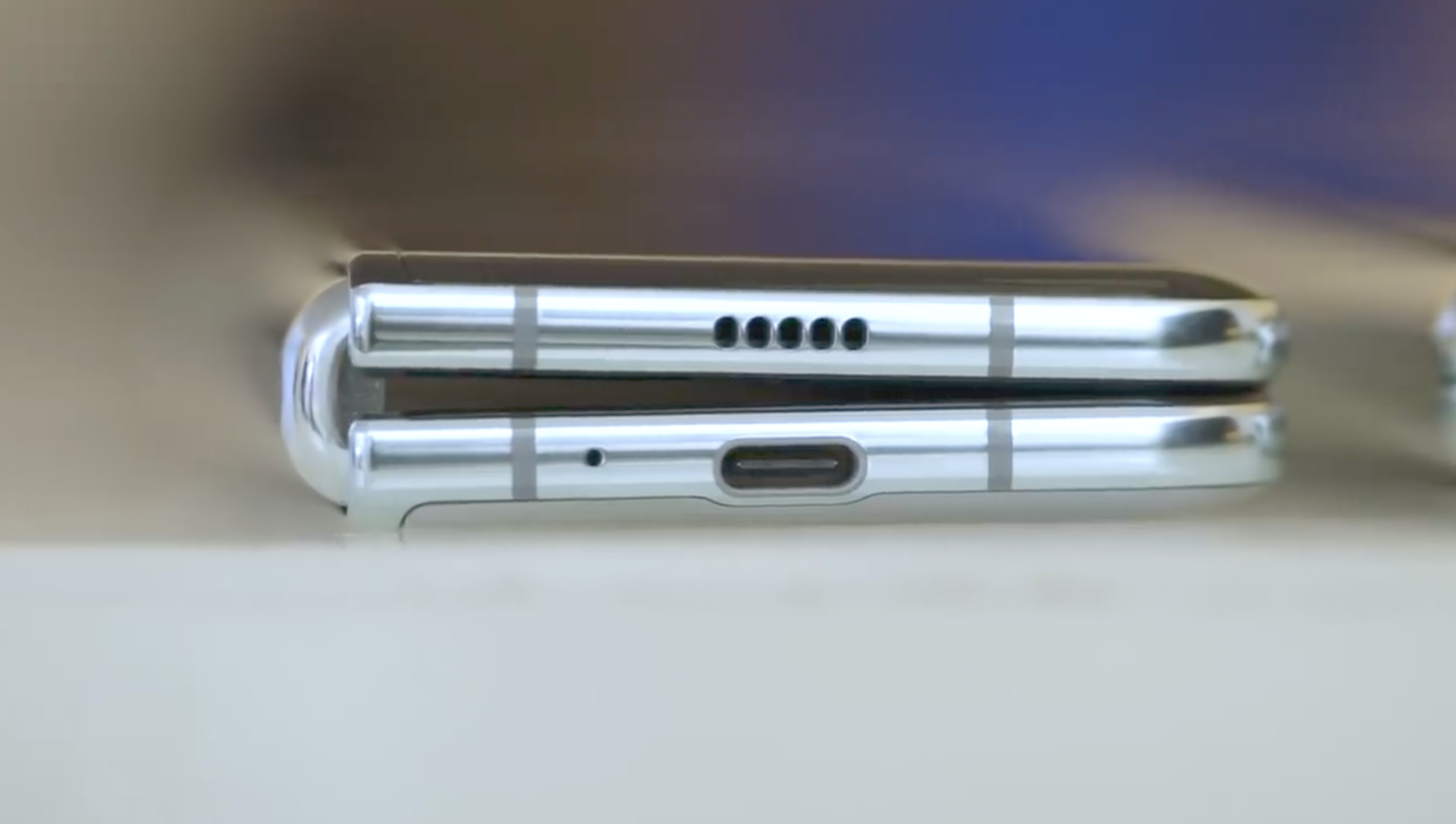 Yesterday, the Samsung Galaxy Fold came under a lot of fire after most of the review units of the device shipped by Samsung started to develop a crease right at their center. Samsung was careful to isolate the Galaxy Fold at the MWC in Barcelona this year. But it has also confirmed that early adopters will be able to get a gadget on and after April 26th. Which is worrying, as testing by reviewers highlights a display that isn't very sturdy.

Today's teardown of the smartphone shows all of its hardware, except for the display panel. Samsung's main problem for the smartphone is the tension between metal and plastic; while it wants to develop a foldable smartphone, the company simply can not use flexible plastic all across the device. Take a look below for more details.

The first thing that's clear right off the bat after looking at the images is, that while Samsung hasn't had experience with metal, the company has managed to neatly fit every single component of the Galaxy Fold inside two separate chassis. Samsung's foldable display is remarkable, as tests have also shown the Fold's ability to neatly tuck its 117.9mm display neatly and without any damage, despite the fact that the Fold's two chassis are completely separate with no shared circuitry.

Samsung's Foldable smartphone that the company confidently launched in January and opened it up for pre-orders to registered users only a week back. Given its massive display, the new gadget has a 4,380mAh dual battery. This display is remarkably thin, and Samsung has made big claims about it. According to a company representative, the display panel's polarizer is 45% thinner than the one any other panel manufactured by Samsung display. A polarizer is used to manipulate light waves within a display assembly.

The images show a combination of metal and plastic parts, but since this isn't a verified teardown, your guess for the subcomponents on the Fold's motherboard is as good as ours. It's a shame that we don't getter a better look at the upcoming device's metal hinge that connects its left and right halves. Folks who have risked their $2,000 over the week by pre-ordering will get to experience how well the gadget performs. It's got the required specifications (including storage) to outshine every gadget that's currently available in the market - in terms of computational capability.

The device resembles the Galaxy Note lineup in form, and should it be a success, then Samsung will face the important question of whether to move forward from curved display panels to folding ones completely on the phablet.  It'll set them apart from any other gadget currently available in the market, giving Samsung a nice edge. The answer to this question will be clear once shipping for the Galaxy Fold commences; Samsung has promised that the gadget will be in the hands of future users starting April 26th.