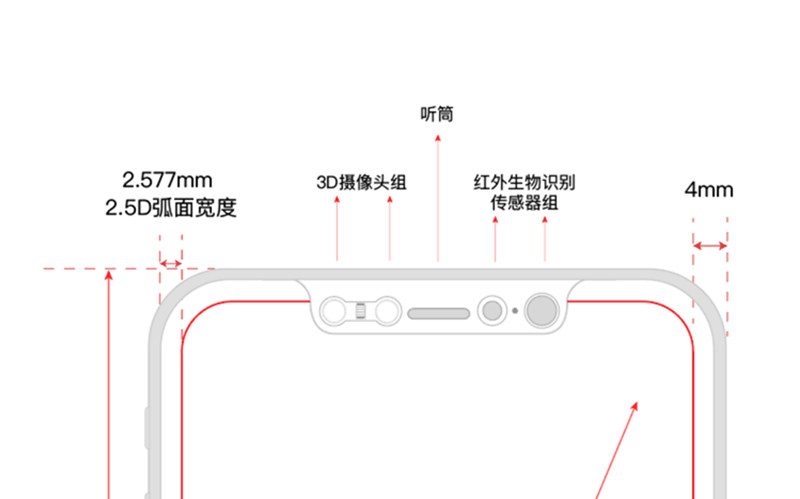 It's no surprise that Apple will launch an iPhone 8 this year. Market pressures have forced Cupertino to keep up with its competitors, who launch new devices every year. Apple's strategy of waiting for two years until a major design overhaul simply isn't fast enough for today's smartphone world. The bar is even higher courtesy of Samsung's launch of the Galaxy S8 and Galaxy S8+. Seoul has completely overhauled the design of its flagship smartphone lineup and the ball is now in Apple's court. Today, we've got a bit more details on how Apple intends to catch up to the competition. Take a look below to find out more.

Alleged Sketch For The iPhone 8 Shows 5.8 Inch Screen Diagonal And Other Details

Even with a good five months left until the iPhone 8 is launched, the rumor mill is active. We've got a lot of details for the device that suggest a complete overhaul for the lineup. A thorn in many Apple fans' side is OLED. Cupertino simply does not have the supply chain resources to produce advanced displays on a level required for the iPhone. With the iPhone 8, a select number of users will be able to enjoy the display, at an added price of course.

Apart from the display, the device will also feature a 2.5D display and a virtual fingerprint sensor. The latter's a big if, so don't get mad at us if it doesn't turn out to be true. Similar rumors existed prior to the Galaxy S8 and Galaxy S8+'s launch but Samsung failed to equip the pair with the feature. Today, we've got alleged schematics that show several details for the upcoming iPhone.

Starting off from dimensions, the iPhone 8 will measure 137.5x76.5x4mm. Screen size for the device will stand at 5.8 inches. That'll make it just a bit bigger than the current iPhone 7 Plus. The top of the device looks very interesting too. We've heard a lot of rumors that promise 3D recognition for the device. In these renders, you can see where the sensors will be located. What's interesting is another sensor under the heading 'sensor group' at the right of the second image's top. While one of these is guaranteed as a front camera, we're interested to know the purpose of the second. Proximity and other sensors rarely take up this much surface area so it looks like Apple's got other plans.

Another feature which today's leak mentions is the 2.5D display for the iPhone 8. This will slope around 2.6mm to the device's either side. Interestingly, there's no direct visibility of a bezel either in today's images. A bezel free iPhone with new sensors? Count the market in, although we're sure that a lot of folks will be equally surprised by the price tag that their iPhone 8 carries. To make up for it, you'll have the opportunity to lock yourself in with a carrier, if you haven't done so already. Thoughts? Let us know what you think in the comments section below and stay tuned. We'll keep you updated on the latest.