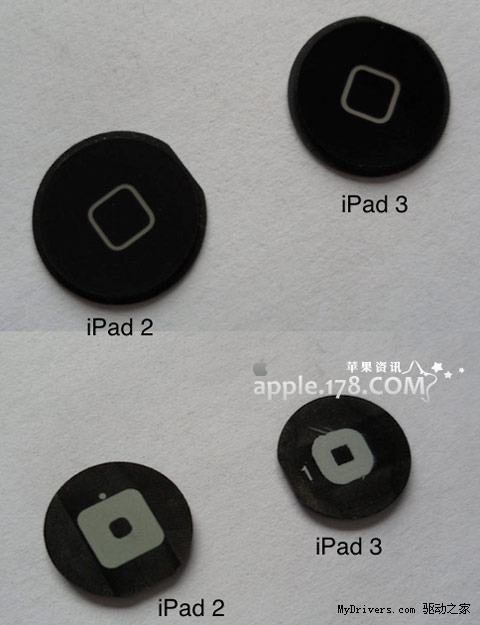 It's one of those days now that some one and somewhere across the World especially in China is leaking parts of Apple's future products namely this time the iPad 3.

As you can depict from the image above, the iPad 3's home button may seem as usually the same from the outside but on the inside are some design revisions seem to be noticed comparatively with the one from the iPad 2.

Differences to be noted are that the new home button is slimmer in terms of thickness and the grey area underneath the button has been narrowed down.

The conclusions that can be drawn from these changes are:

Hence as stated earlier, with the iPad 3 being thinner, another problem raised up since the new tablet will be using a higher resolution screen, it has been rumored to be 1mm thicker than the current iPad 2 screen hence Apple will resort to strip down thickness of the parts inside.

Interesting move though but yet as always it is worth it in the long run.