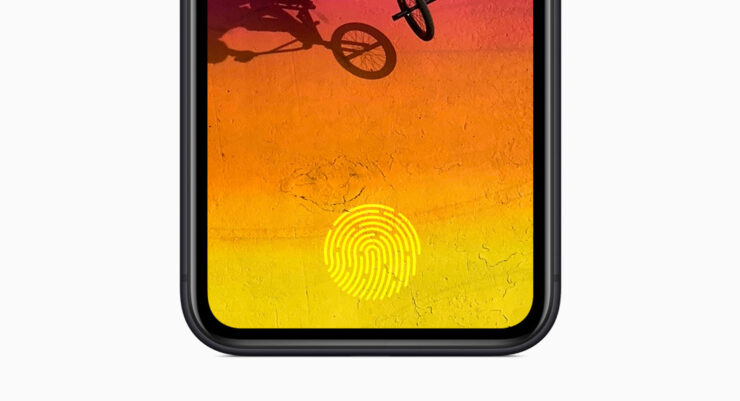 Apple is gearing up to launch its latest iPhone 13 models later on in September and the company has planned a lot of variations in its forthcoming flagship device. However, Apple is already planning ahead and working on technologies that it sees fit to incorporate in future iterations of the iPhone. The company has now been granted a new patent, allowing Apple to incorporate Touch ID and Face ID on future iPhone models. Scroll down to read more details on the subject.

Take note that this is not the first time that we have heard about in-display Touch ID and Face ID being incorporated in the iPhone. There have been numerous rumors that the iPhone 14 series would see Touch ID in the Power button. While no solid details have been heard so far, it is up to the company when it incorporates in-display technology on future iPhones. 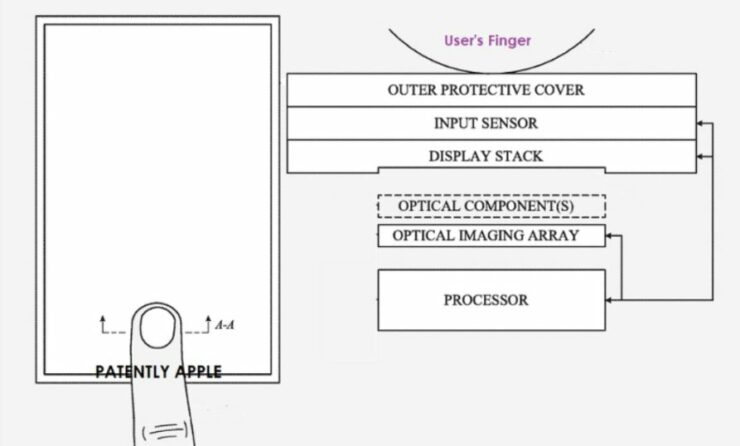 The new Apple patent describes how the company could integrate an image sensor into the device's display to read a user's fingerprints (Patently Apple). Interestingly, Apple could also use the same approach to integrate Face ID into the display. This will allow the iPhone to feature a fullscreen display with no notch and no punch-holes for the depth-sensing lenses.

According to Apple, an optical imaging array is positioned behind a display and is oriented to receive light transmitted through the display in a direction generally opposite that of light emitted from the display. The optical imaging array can be used by the electronic device for any suitable imaging, sensing, or data aggregation purpose including, but not limited to: ambient light sensing; proximity sensing; depth sensing; receiving structured light; optical communication; proximity sensing; biometric imaging (e.g., fingerprint imaging, iris imaging, facial recognition, and so on); and the like.

Apple will not be playing around with the notch forever, The iPhone 13 series is expected to come with a smaller notch and future iPhone models could miss it altogether. The end goal is a fullscreen experience with no distortion and using the techniques mentioned in the Apple patent, the company can go through with it. The Android world has been rocking in-display fingerprint sensors for a while now through various mechanisms. We are yet to see how Apple implements the technology.

What are your views on the new Apple patent? Let us know your thoughts in the comments section below.