FBI Director James Comey is back in the news - in a different way though. Tech giants Apple, Google, and others have urged Obama in a letter to put an end to the requests and pressure coming from the government and security agencies to leave vulnerabilities in the digital devices and online services for police to have access.

It’s time for Obama to put an end to these dangerous suggestions that we should deliberately weaken the cybersecurity of Americans’ products and services. It’s time for America to lead the world toward a more secure future rather than a digital ecosystem riddled with vulnerabilities of our own making. 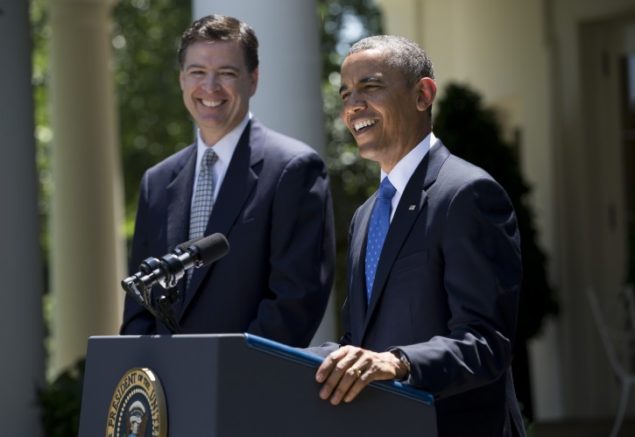 In October last year, FBI's James Comey made some ripples in tech industry about how he wanted tech companies to conform to government and security agencies' blind mass access to data. As we had reported,

...F.B.I. director has hinted that the Obama administration will take regulatory action against Google and Apple over making changes to their respective mobile operating systems as these changes will make it more difficult for law enforcement to search the contents 'without the consent of the owner'. Yep, they don't like talking to us minion humans for consent and are fond of doing the job right away without the middle man who unfortunately happens to own the device.

Privacy activists, some republicans and users had backlashed these comments very strongly and now we are looking at a letter obtained by the Washington Post that was sent to Obama by Apple, Google and security experts. This letter basically asks Obama to reject any proposals that demand for creating back doors in the devices as they make the devices highly vulnerable to malicious actors. Aptly put by Ronald L. Rivest of RSA encryption algorithm,

Once you make exceptions for U.S. law enforcement, you’re also making exceptions for the British, the French, the Israelis and the Chinese, and eventually it’ll be the North Koreans

There have been several laws going around in the Congress lately, which are being pushed forward by Comey's like-minded forces. One such bill is Communications Assistance of Law Enforcement Act (CALEA) II which has caused serious concerns in privacy groups. This bill essentially proposes to expand wiretap laws to Internet services including VoIP and other real-time communication tools exposing users to serious security risks.