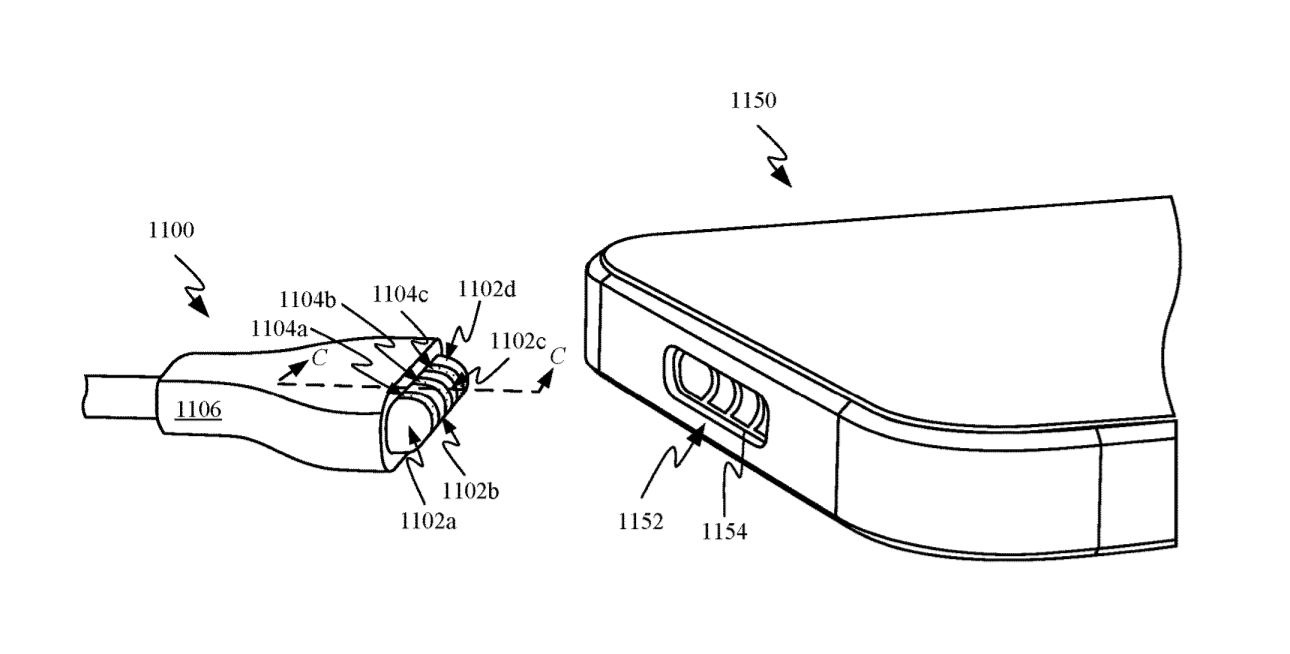 Apple files a plethora of patents and it is not guaranteed that the product or technology will see daylight anytime soon. Similarly, the company has recently filed for a new MagSafe charger patent for the iPhone. This could potentially mean that the company is moving away from the Lightning cable. While we can't be certain at this point, it is always neat to see Apple exploring the options. Possibly, the same can be said about the latest Apple patent that highlights a MagSafe charger for the iPhone.

The Apple patent was submitted to the United States Patent and Trademark Office on Tuesday which outlines a three-pinned connector. The connector resembles the one that Apple used back in the days on older MacBook models. Apple shares details on different kinds of pin designs which will connect the device to a charger. Take note that the patent does not mention an iPhone but the devices shown in the images seem to be the bottom portion of the iPhone. It shows a MagSafe charger being connected to the port of the iPhone.

There are a set of benefits that a user can enjoy with MagSafe. For one, it is easily attachable and detachable. Moreover, in the case of tripping, the MagSafe charger would simply detach itself from the iPhone rather than taking the device with it. Apple brought back the MagSafe technology on the iPhone 12 series but it adopts a different concept. The circular MagSafe charger latches onto the back of the iPhone using magnets and transfers power wirelessly to the device for charging. This method is also used by Apple and open for third-party manufacturers for different kinds of accessories. While Apple has its MagSafe Wallet, PopSockets has also revealed its share of accessories. Moreover, the company is also working on a MagSafe compatible battery case for the iPhone. 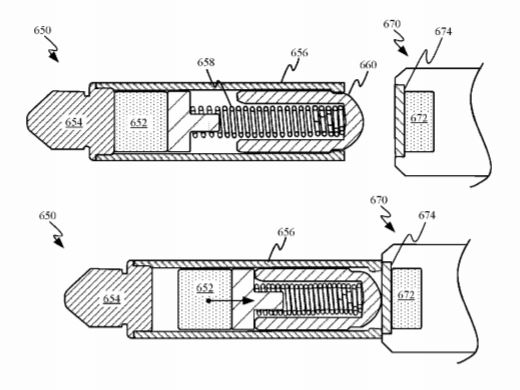 If Apple implements the patent, the MagSafe magnets at the back of the device can solely be used for accessories. On the bottom, Apple could allow for a dedicated charging method through MagSafe. Take note that the technology rests only in the form of patents as of now and there's no word when might Apple see fit to announce it. Henceforth, do take the news with a grain of salt.

We will share more details on Apple patents as soon as we hear it. Until then, share your valuable insights with us in the comments section below.