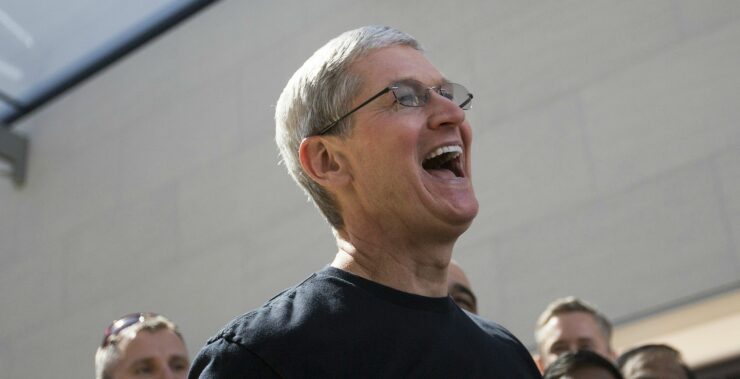 Yesterday at the American Workforce Policy Advisory Board meeting, President Donald Trump looked as if the stress of the job had finally taken its toll. While thanking Apple's CEO Tim Cook for his endeavors in creating jobs, the President accidentally called Mr. Cook as 'Tim Apple', Naturally, the internet was on fire, and many people misinterpreted reporting of this fact as a bias against Mr. Trump. Now, Apple's CEO has wholeheartedly acknowledged the new title given to him by the President of the United States. Take a look below for more details.

Apple CEO Tim Cook isn't known for his sense of humor. Mr. Cook is a reserved man who follows a strict routine. He doesn't have a history of playing practical jokes or breaking the rules; characteristics starkly different from his predecessor and Apple's co-founder the late Steve Jobs. But, in a surprising twist to a rather mundane story, Tim Cook, or should we say, Tim 'Apple' has responded to President Donald Trump's slip of tongue yesterday.

In fact, since Mr. Cook's okay with it, we'll also refer to him with his new surname for the rest of the post. Mr. Apple has changed his name from Tim Cook to 'Tim Apple' on Twitter, but since his given name is followed by an Apple logo that isn't a Unicode symbol, only users with a Mac or an iOS device can see it. That doesn't mean we can't use screenshots, so if you're curious, here's an image.

As we mentioned earlier, President Trump's mixing up names is most likely a mistake where he intended to refer to Apple as a company, but instead ended up addressing Mr. Apple instead. Additionally, Mr. Apple is known for his liberal views; views which have often contrasted with those of the President. If we take a look at his body language during the Advisory Board meeting, it's clear that Apple's CEO was not at his best.

Therefore, not only can this development be shrugged off as a change in line with Mr. Apple being the company's CEO, but it can also be construed as the executive leveling the playing field at what he may have construed as an insult from the president. The only thing that's for sure is that Steve Jobs would've loved this unknown side of Mr. Apple, who's known for his unflinching stares and an attitude that can send grown men scurrying around in anxiety.