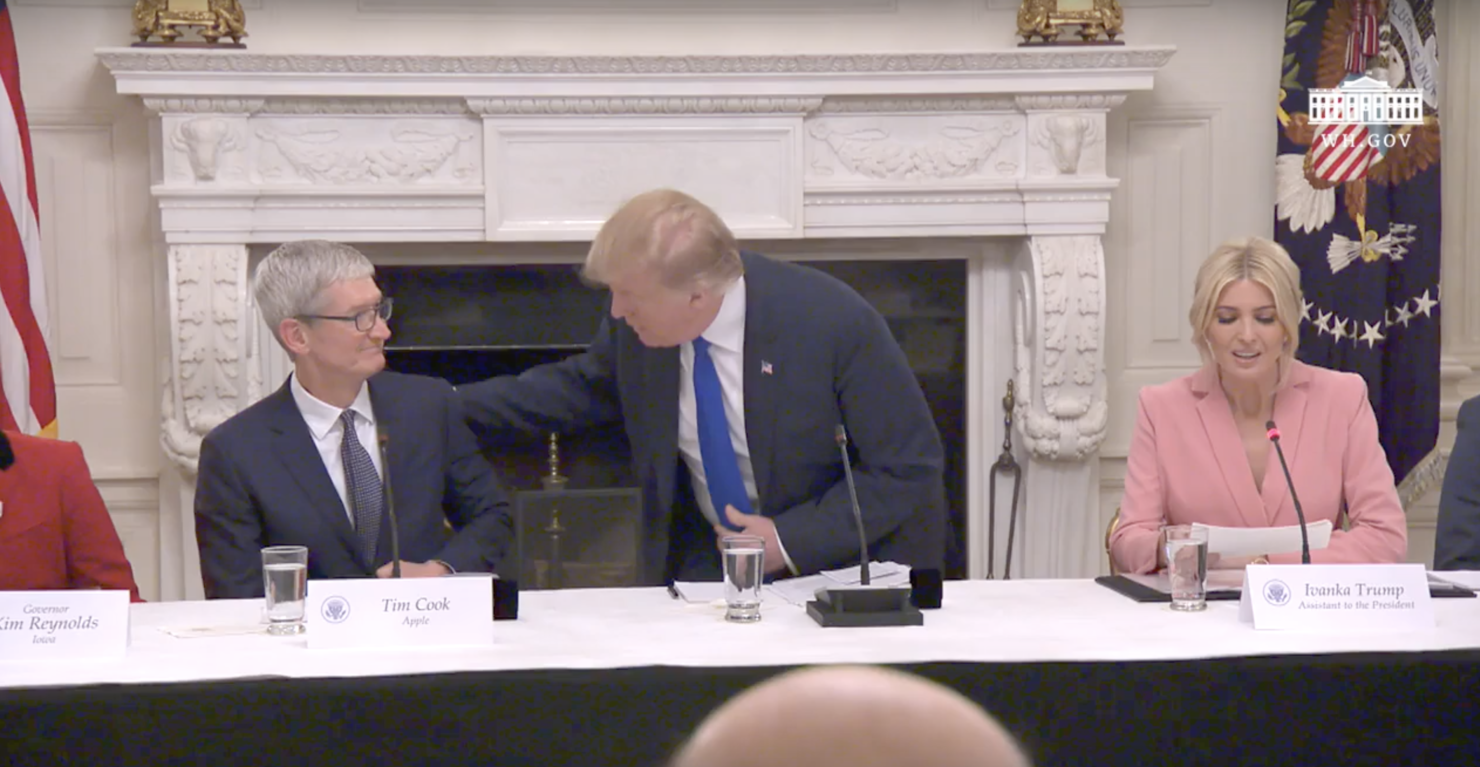 President Donald Trump is one individual who surely has a lot of information to cope with on a daily basis. Being the president of the United States, and contending with a House that's not on your side is an ordeal sure to take its toll on anyone. In that vein, the President is known for his slips of tongue and remarks absent of verbal complexity. Today, it's Apple CEO TIm Cook who is the subject of Mr. Trump's fatigue. Take a look below for more details.

Speaking at the Board meeting, Apple's CEO Tim Cook started off by emphasizing how the company he's running was founded by a college dropout and subsequently ends up valuing other aspects of an individual more than their college degree. He then proceeded to highlight the importance of programming, and how Apple has designed a curriculum for school going children which has now been adopted by more than 4000 schools across the US.

Mr. Cook was then followed by Kim Reynolds who's the Governor of IOWA. She and other participants gave their take on the challenges related to workforce faced by various segments of society. After all the participants had concluded giving their remarks, Mr. Trump thanked them and started his remarks by praising Mr. Cook for the progress Apple's CEO has made on objectives that the President believes are important.

However, at the end of his praise for Apple's CEO, Mr. Trump concluded by calling Tim Cook, Tim Apple. You can hear it for yourself at 27:03. What we believe happened is that Mr. Trump appreciated Apple's efforts for promoting employment in the US, and tried to compliment both Mr. Cook and Apple at the same time. The end result of this was '" We appreciate it very much Tim Apple''.

To their credit, neither Ivanka Trump nor Tim Cook broke their perfectly stoic facial expression at Mr. Trump's remark. Both of them remained neutral and one cannot detect either the hint of a smile or the micro-expression of confusion on their faces. This isn't the first time Mr. Trump has confused a CEO's surname with the company that they're running. In March last year, he called Lockheed Martin's CEO Marillyn Hewson ''Marillyn Lockheed".